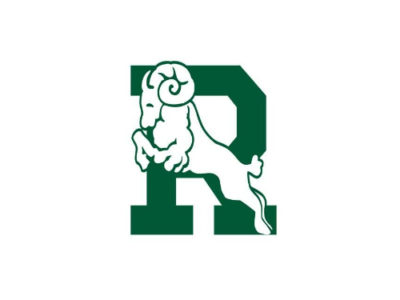 HEADLINES
• The Rams were picked to finish sixth in the Canada West preseason coaches' poll, which might actually be a good omen. In two of the last three years, the team chosen to finish last in the conference preseason poll either finished in first place in the standings (Rams in 2016) or won the Hardy Cup (Saskatchewan in 2018).

• With the exception of the defensive backfield and the receivers group, this year's version of the Rams will bear little resemblance to last year's squad.

• UBC was slotted No. 10 in the U SPORTS poll released earlier this week, which means that this will mark the third consecutive season that the Rams have opened up their schedule with a Week 1 game against a ranked opponent.

DONNELLY TO START: He's in his first season of U SPORTS eligibility, but Josh Donnelly will make his second career start on Saturday. Donnelly redshirted last year, but was called upon to make his first career start in the team's Week 7 game at Calgary. He completed a 36-yard pass to Ryan Schienbein on his first ever play of his career and finished that game 20-for-33 with 243 passing yards.

BY COMMITTEE: With Atlee Simon and Kyle Borsa not returning, the Rams could employ a "committee approach" and will bring four running backs on the trip. Trey Campbell and Semba Mbasela are expected to get the bulk of the carries early, though the staff also fully expects Sam Varao and Odun Ogidan to get into the game as well.

ON THE LINE: The right side of the line remains intact as stalwart guard Andrew Becker and steady tackle Theren Churchill both return. Maguire Abell, Jesse Ens, and Liam Jensen have all served as quality depth players for the Rams but will now step up into starting roles with Abell at centre, Ens at left tackle, and Jensen at left guard.

RECEIVERS BACK: But while every other offensive position has significant turnover, four of last year's five starting receivers is back. That group includes Ryan Schienbein, who's already sixth in school history in receiving yards (2016) and needs just 36 more to surpass Jordan Sisco and 154 more to overtake Jason Clermont on that list. Also returning this year are slotbacks Kyle Moortgat and Bennett Stusek and wide receiver Daniel Scraper, with Riley Boersma expected to step up at the other wideout position with Kris Calcutt now gone.

THE BACKFIELD: All five starters from last year return to the Rams, including free safety Cord Delinte and halfbacks Zach Moore and Jaxon Ford. Also back is cornerback Brandon Brooks and both Brandon Gandire and Karl King, who shared playing time opposite Brooks at the other corner position last year. The Rams also expect both Gowrishan Aravinthan and Jackson Sombach to challenge for a spot on the travel roster after redshirting last season.

TURNOVER ON THE D-LINE: While the Rams have mostly looked to development from within the program to replace their graduated players, the defensive line is a notable exception. Four of the six linemen that are expected to dress for Saturday's game are new to the program, including Cameron Cross (Langley Rams), Garth Knittig (Saskatoon Hilltops), Brandon McKimmon (University of Saskatchewan), and Brayden Walz (Bishop O'Byrne HS). Veterans Eric Wicijowski and Matt Moore are the only two returning players that will suit up against UBC.

NEW LOOK LINEBACKERS: Sam linebacker Robbie Lowes is the only returning starting linebacker as Cole Benkic, Layne Hull, and Danny Nesbitt all graduated. The Rams will again rely heavily on internal development here with Josh White set to start at will, Ryder Varga at mac, and Travis Semenok at zack.

O'FLAHERTY WINS BACKUP JOB: In his first year with the Rams out of the Bishop O'Byrne program in Calgary, rookie quarterback Bryden O'Flaherty had a strong training camp and stepped up to take the backup role to starter Josh Donnelly. Donnelly is also in his first season of U SPORTS eligibility after redshirting last year, giving the Rams two first-year quarterbacks on the depth chart. The last time that happened was in 2013, when an injury to Cayman Shutter forced John Kiesman to start with a relatively unknown Noah Picton dressed as backup. The Rams won that Week 6 home game 25-20 over Alberta.

CANADA WEST DEBUTS: A total of 11 Rams are expected to dress for their first conference games on Saturday, and three of them are straight out of high school. Two of them are from the same Bishop O'Byrne program in Calgary (O'Flaherty and Walz) while linebacker Cameron Mah (Notre Dame Regional Secondary) will make his Canada West debut in his hometown of Vancouver.

RARE ROAD OPENER: Despite being in their 21st season at the U SPORTS level, the Rams have only started the Canada West schedule away from home on six previous occasions, and never at UBC. A win this Saturday would be the first time the U of R has ever opened up the season with a road victory.

good luck in Vancouver Scruffy. i see you have your purple suitcase ready lol

Very surprising win for the Regina Rams and great start for their young season.