Popp Out, Pinball In As Argos Make Changes 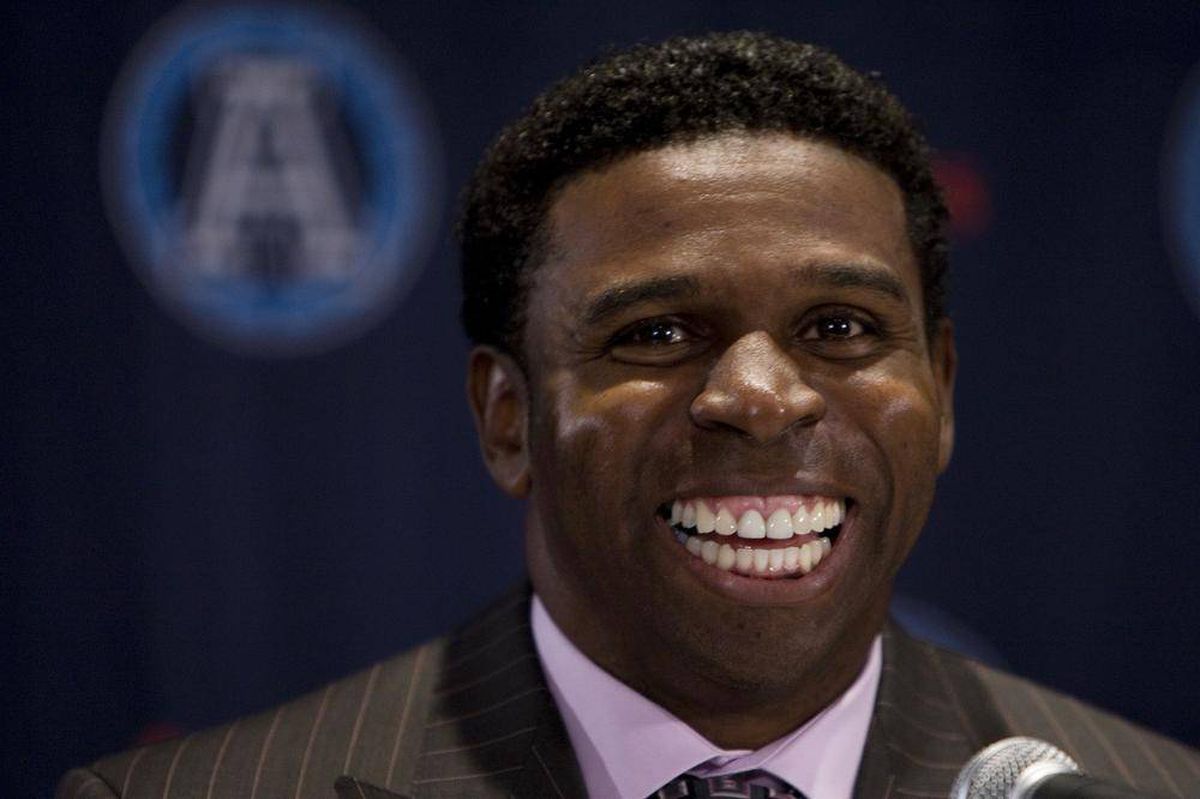 The Toronto Argonauts announced Tuesday that the club has appointed Michael Clemons as the 20th General Manager in team history, replacing Jim Popp.

“I informed Jim yesterday afternoon that we do not plan to renew his agreement when it expires at the end of the year,” said Argos President Bill Manning. “To get a head start on the transition, Jim will relinquish his GM duties now but will remain available to assist our ownership and executive team through December 31st.”

In addition, John Murphy was named vice president of player personnel and will work closely with Clemons on the roster.

“This season has made it clear that this team is lacking the identity and culture that have brought a record number of Grey Cups to Toronto and change was necessary to put the Argos back on the path to a championship,” said Manning. “Michael Clemons is the Toronto Argonauts personified and bleeds Double Blue. His passion for this team and this city, and his championship pedigree, will have a profound impact on the direction of this team moving forward. Today is a first, but important, step to address that issue and we are confident that Michael will unite this team towards our championship goal.”

Clemons is one of the most legendary figures in Argonauts history and his contributions on the field and in the front office are countless. Known affectionately as “Pinball”, Clemons played twelve seasons in Double Blue where he was one of the most prolific players in Canadian Football League history, setting a league record for most combined yards all-time in the regular season with 25,438 yards while winning three Grey Cup championships as a player. He would serve twice as Head Coach of the Argos where he earned the second-most wins in team history with 67 while adding another Grey Cup championship in 2004. He also served as Argos team president from November 2001 to September 2002 and Chief Executive Officer of the team from December 2007 to November 2008 before being appointed Vice Chair of the team in May 2009, a role he has held since.

Popp joined the Argonauts in February 2017 and the team would go on to win the Grey Cup nine months later. The team’s regular season record during Popp’s tenure was 15 wins and 35 losses.

After serving in a consulting capacity for the team for the past several months, John Murphy was named Argos vice president of player personnel today. Prior to his work with the Argos in 2019, his 15th season in the CFL, Murphy served for three seasons as Saskatchewan Roughriders assistant General Manager. Prior to joining the Riders, Murphy served two stints with the Calgary Stampeders, most recently as director of player personnel from 2010-15 after serving as director of scouting in 2007-08. During his time in Calgary the Stampeders won Grey Cups in 2008 and 2014.

Argos' Head Coach Corey Chamblin and "Pinball" are 180 degrees apart in personality.
Will that work?


Chamblin will be looking for work come the end of the season.

Has Winnipeg re-upped with O'Shea yet? Bombers will make changes if they don't win. O'Shea in Toronto? Hmmmm!!

If Chamblin has a long term contract he'll be daring Pinball to fire him just like he did with the Riders.


Can the Argos dump Chamblin because of this stupid coaches salary cap? Isn't Trestman still on that cap?


Why hasn't Scruffy appeared on the Rod Pedersen show? That is a question all want to know!


Will Pinball start trading assets before the deadline? If so and if the money is there, I'm guessing JO might pick up the phone.

Chamblin wants to be fired and collect salary for doing nothing. He enjoyed that with Sask as well. I remember Sask was paying him and he was spotted on the Pittsburgh Steelers bench on a Prime time game (as a guest of his pal Mike Tomlin)