Collaros To Remain A Bomber 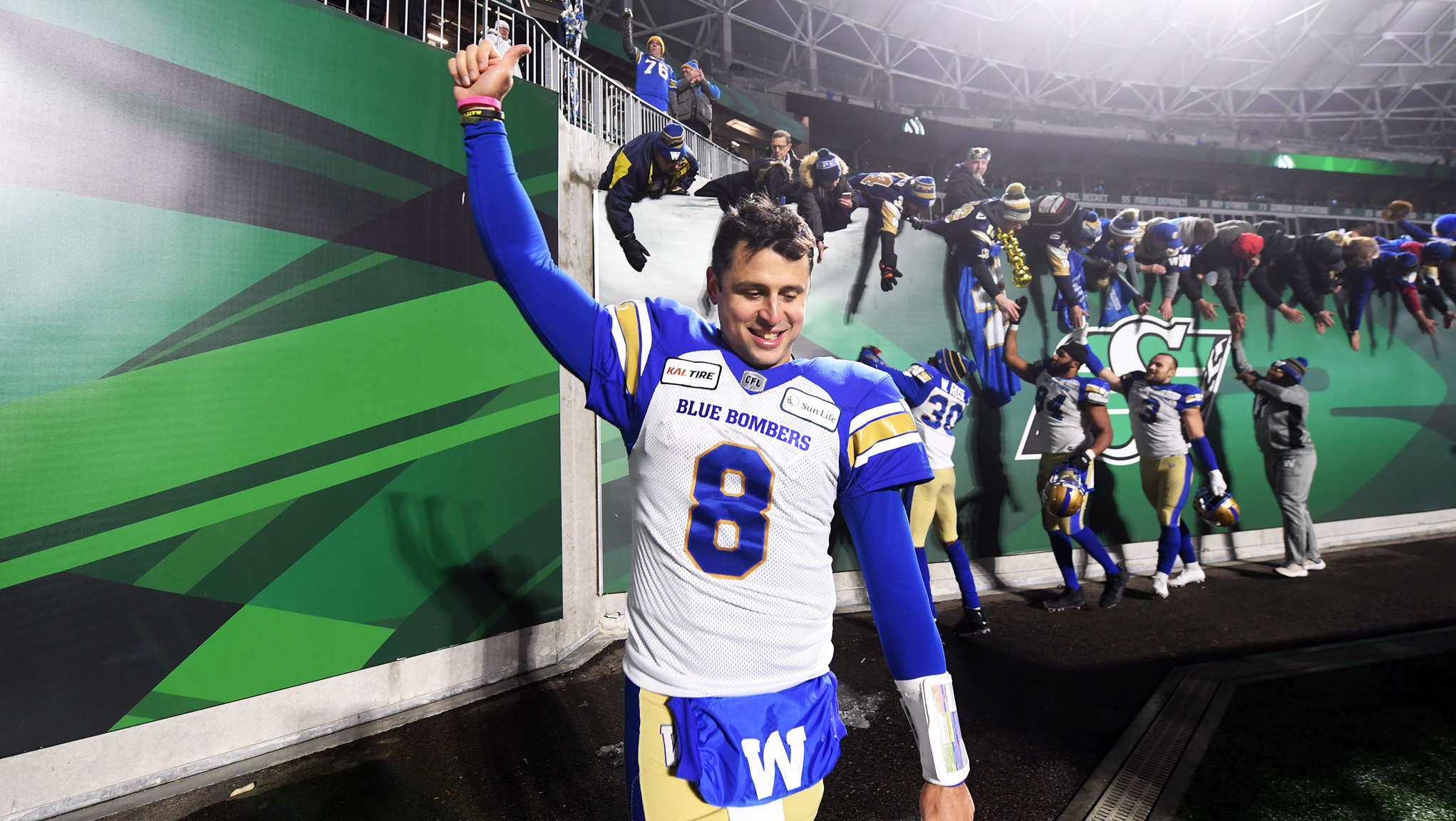 The Winnipeg Blue Bombers today announce the club has agreed to terms with Grey Cup winning quarterback Zach Collaros on a two-year contract extension. Collaros was scheduled to be a free agent next month.

Collaros, 31, started four games last season for Winnipeg, winning all four and leading the team to a Grey Cup title. His first start came October 25 against Calgary, where he went 22 of 28 for 221 yards and two touchdowns while leading the offence on a game-winning drive in the final moments.

Collaros went on to start all three playoff games and finished the 2019 postseason completing 45 of his 69 pass attempts for 630 yards, with two touchdowns and no interceptions.

Prior to joining Winnipeg, Collaros led the Saskatchewan Roughriders to a 10-4 mark in 2018, a season in which he threw for 2,999 yards and nine touchdowns while also rushing 24 times for 103 yards.

A native of Steubenville, OH, Collaros was first signed by the Argos in 2012 after an outstanding college career at Cincinnati, where he appeared in 41 games for the Bearcats, including 25 starts. He spent the 2012 and 2013 seasons with the Argos – going 5-3 as a starter in 2013 – before signing with the Tiger-Cats as a free agent in 2014.

Hamilton held a record of 16-9 in games in which Collaros started in 2015-16 and he had his best season as a pro in 2015 when he was a Most Outstanding Player candidate before a season-ending knee injury. That year, Collaros threw for 3,376 yards with 25 touchdowns and eight interceptions while appearing in just 12 games. He had 2,938 yards passing and a touchdown-to-interception ratio of 18:8 in just 10 games in 2016, and started eight games with the Ticats in 2017, with eight touchdowns and 1,767 yards passing.

Collaros was traded by the Ticats to Saskatchewan in January of 2018 for a second-round draft pick and then re-signed by the Riders in February of this year. Collaros started Saskatchewan’s opener against Hamilton this season, but was injured on the first drive. He was then traded back to the Argos on July 31st for a conditional fourth-round draft pick in 2020.

Throughout his CFL career, Collaros has thrown for 16,979 yards and 94 touchdowns. Collaros was originally acquired by Winnipeg in a trade deadline deal with the Toronto Argonauts in 2019.