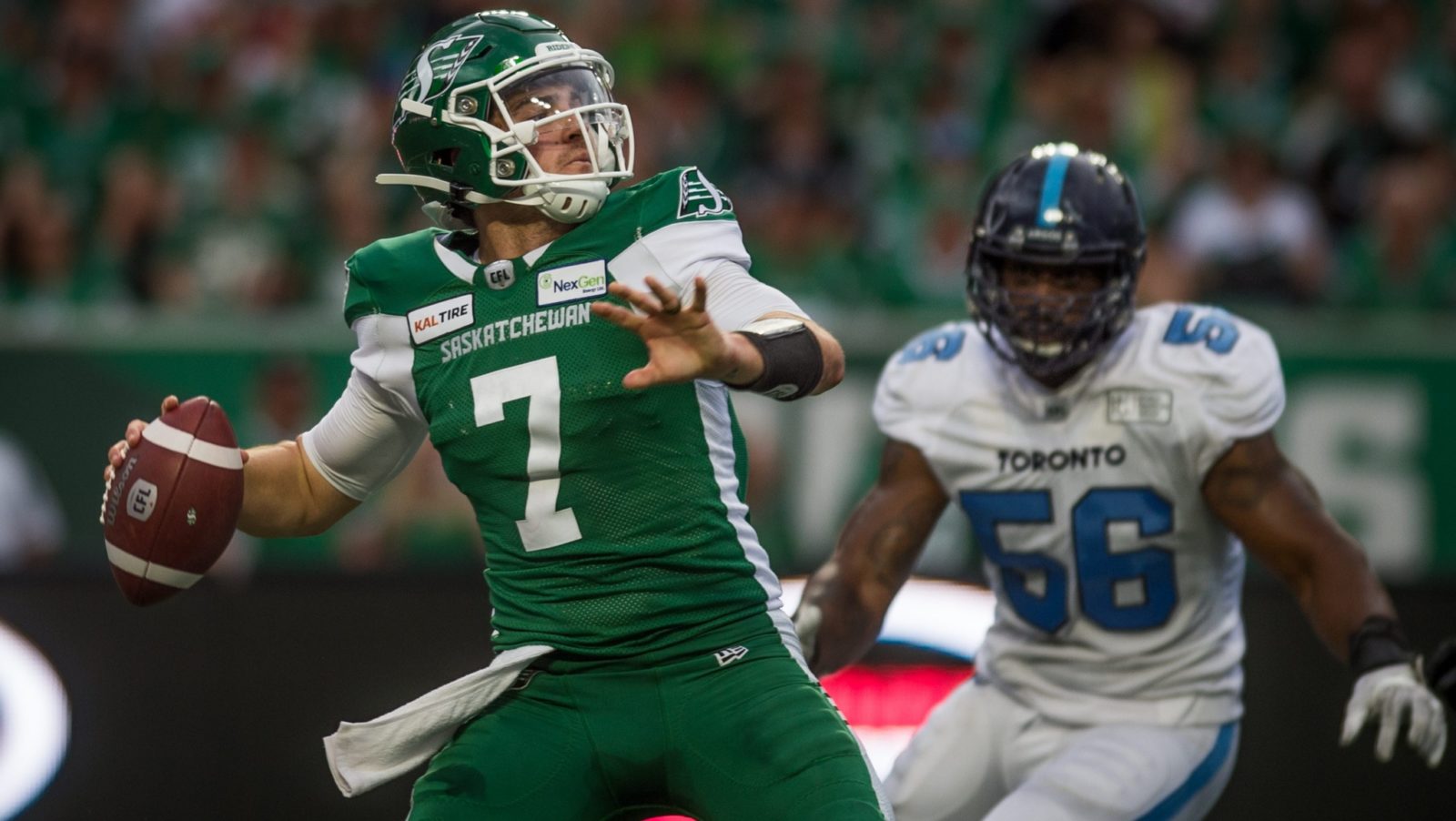 It’s well-known that Cody Fajardo finished the 2019 season playing through two torn oblique muscles. Not known until now is that Fajardo battled through other severe injuries.

Wednesday, Fajardo revealed on the Sports Cage that he dislocated his shoulder early in the season. It was on the play where he scored the game-winning touchdown against the Ticats in Week 8. And it makes one of the great plays of the Riders season even better.

“On that diving play against Hamilton I actually dislocated my throwing shoulder,” Fajardo says. “I thought for sure I wasn’t going to be back in a week, but I was.

“I popped my humerus out and strained my rotator cuff–partially tore it. And I couldn’t throw.”

The Riders played the following week in Montreal with Fajardo starting and completing 15 of 21 passes in the Riders rain-shortened win. No one suspected what Fajardo was dealing with.

“We did a good job of keeping it secret, that’s for sure. Like I said, a little sprinkle of Jesus got me through because the doctor thought I would be out for a couple of weeks.”

Fajardo also broke the middle finger on his throwing hand in the latter part of the season.

“That was before we played at Toronto. It’s still pretty swollen and pretty fat. And I think it will be like that the rest of my career.

“It doesn’t affect me throwing at all…I have an ugly middle finger right now.”

Despite the litany of injuries, toughness and good fortune allowed Fajardo to suit up 18 times.