Duron Carter Lives Up To His Promise 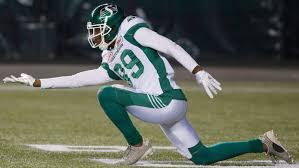 While in Ottawa this week, Riders receiver Duron Carter hinted he would like to do something Saturday in Toronto with Rider Nation like go to a movie.

He confirmed that would happen on Saturday morning by saying he is footing the bill for a showing of "Justice League" at a Toronto theatre close to where the team is staying in advance of Sunday's Eastern Final against the Toronto Argonauts.

There was one condition though.

When asked in Toronto, what member of the Justice League he would be. Carter answered by saying "I would be the guy that you don’t see, I’m the guy on the intercom, the communications guy, safe in the ship, away from everybody just telling them where the enemies are, I’m not part of the fighting.
“I want to stay safe and chill, I want to do the celebrating with the justice league, the justice league party I’m definitely there.”

This is a far better story than some of the other ones coming out of Regina (cough cough Newstalk). After all Scruff, did you know Rider fans are travelling to Toronto for the game or that it's a damp cold there? Can't wait to see what "gems" they come up with for GC!


How can you not love Carter?


AWESOME! How many people showed up?


Just out of curiousity, did Jones approve this? Why do I think the answer is no!


Anon 1 has it correct. They really should pass out Newstalk vomit buckets for 80 percent of the stuff that comes out of there.


Guessing DC won't pull off a stunt like this in Regina. He doesn't make enough!


Jones had no problem with it apparently.