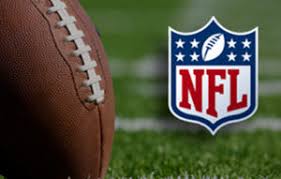 The final four teams are set and this Sunday will determine the two teams heading to Atlanta for Super Bowl LIII.

Championship Sunday begins with the NFC title game, presented by Intuit Turbo Tax Live, between the Los Angeles Rams and the New Orleans Saints followed by the AFC Championship Game, presented by Intuit Turbo Tax Live, featuring the New England Patriots and the Kansas City Chiefs. The top two seeds in each conference advanced to the Conference Championship games for the first time since 2015 and for just the eighth time in the 29 seasons since the 12-team playoff format was instituted in 1990.
During the 2018 regular season, the Chiefs led the league with a scoring average of 35.3 points per game, followed by the Rams (32.9), Saints (31.5) and Patriots (27.3). This Sunday will mark the first time in the Super Bowl era in which the four highest scoring teams in the regular season all advanced to the Conference Championships.

However, in the Divisional round, defense loomed large as each of the four remaining teams came up with big defensive plays on their way to victory. In the NFC, New Orleans cornerback MARSHON LATTIMORE had two interceptions, including the game-sealing pick in the fourth quarter, while the Rams defense came up with a fourth-down stop in their own territory to begin the fourth quarter against Dallas that led to the eventual game-winning touchdown. In the AFC, Kansas City linebackerJUSTIN HOUSTON recorded two sacks and a forced fumble in the Chiefs win over Indianapolis last weekend while New England held the Chargers to 19 rushing yards in their Divisional round victory.

The Conference Championship games features a rematch of memorable 2018 regular season games and are highlighted by their quarterbacks, as each matchup includes an all-time great against an outstanding young star.