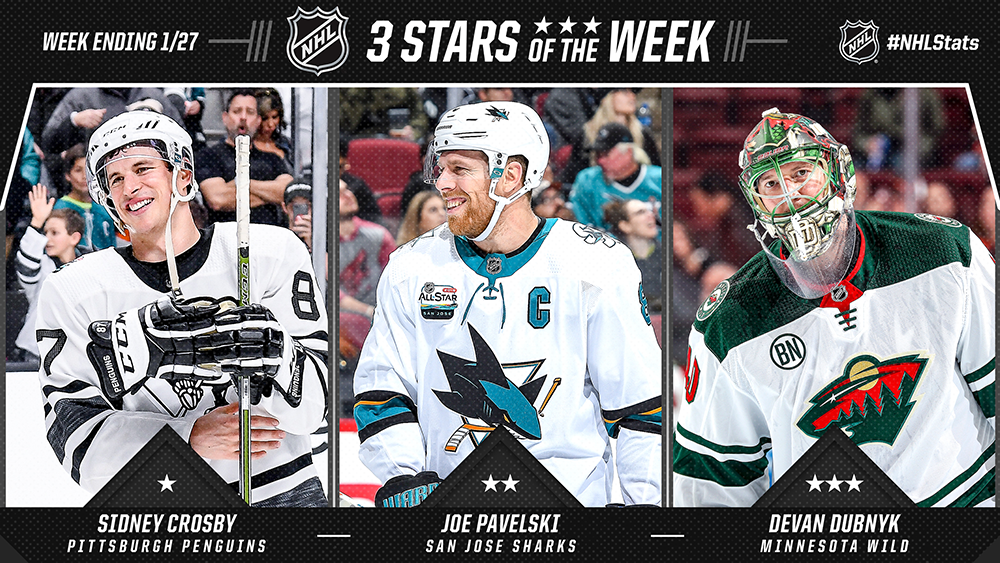 Crosby, who tops the Penguins (26-16-6, 58 points) with 21‑36—57 in 45 outings this season, earned MVP honors at the 2019 Honda NHL All-Star Game to power the Metropolitan Division to its second championship in the 3-on-3 tournament format. The two-time Hart Memorial Trophy and Conn Smythe Trophy winner missed Friday’s 2019 SAP NHL All-Star Skills due to illness, but returned Saturday to lift the Metropolitan Division to its tournament victory. Crosby registered 2-1—3, scoring 15 seconds after the opening face-off, in a 7-4 triumph over the Atlantic Division in the semifinals. He then compiled 2-3—5 in a 10-5 championship-clinching win against the Central Division, establishing a tournament record for points in one game (along with teammate Mathew Barzal). The 31-year-old Cole Harbour, N.S., native became the sixth player in NHL history to capture All-Star Game MVP honors as well as the Hart Memorial Trophy and Conn Smythe Trophy, joining Jean Beliveau, Wayne Gretzky, Mario Lemieux, Bobby Orr and Joe Sakic.