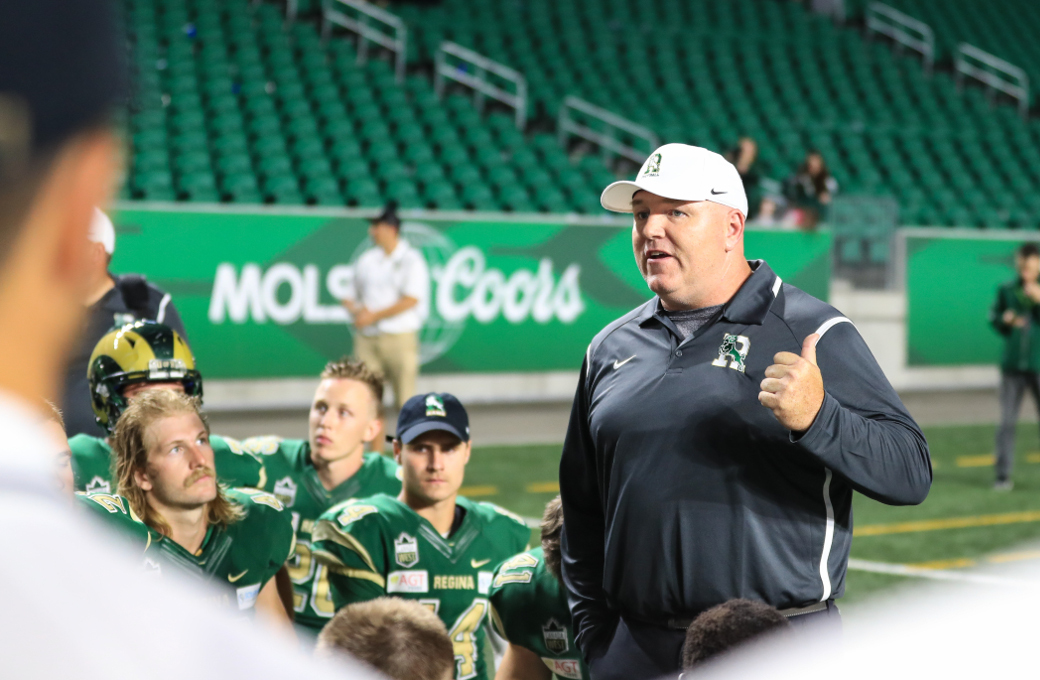 As CFL teams get ready to look at what some of the top players in Mexico’s Liga de Futbol Americano Professional can do, they are getting some advice from someone who is familiar with football in the country–University of Regina Rams coach Steve Bryce.

Bryce was on 620 CKRM’s Sportscage Friday to talk about what teams can expect and he says all teams should go in with an open mind and prepare to be surprised as they are aggressive, disciplined and hard-working men.

“They will see high quality talent, guys who are hungry and looking for an opportunity.” Bryce said. “I think they will be impressed.  I wouldn’t discount any player at any position.”

Bryce says there is no one position that will stand out, and that during his coaching career in both Canada and the U-S where he coached high school in California, that he has had a variety of Mexican born players including two at quarterback who were very good.

Thanks to Bryce kicking the tires in Mexico, he has two players on the Rams roster including one who played last year—kicker Aldo Galvan.

Offensive lineman Steven Zambrano redshirted this past season with the prospects of two more players from the country heading north being realistic according to Bryce.

At the end of the day, Bryce thinks Mexico could be an untapped resource that proves to be beneficial for the CFL.

“From what I have seen so far, I think there will be some talent finding its way up here.  The US always puts in a solid under-18 team and Mexico beat them in the IFAF so for them to beat them it tells you they are fairly even in the level of competition.” Bryce said.  There are around 40 universities playing football so I think there is more football being played down there then people realize.”

Over 50 players  are expected to participate in a combine with CFL officials watching and speaking with the players.  Those players will take part in drills like the 40-yard dash, the bench press and vertical jump with a draft happening the next day.

The CFL says the draft order will be like a lottery so the last place team in 2018–the Toronto Argonauts will get 9 balls with the Grey Cup champion Calgary Stampeders having just one ball.  The Riders will have 3 balls in an opportunity to select first.

Once the combine is over and teams have a chance to internally sit down with the league, it will be determined if the draft will be one, two or three rounds.