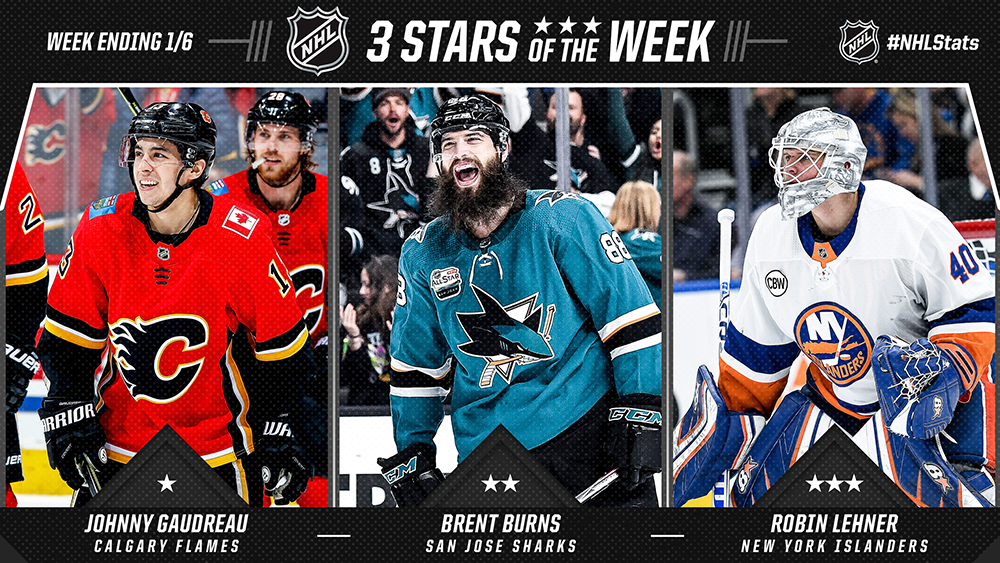 Gaudreau led the NHL with five goals and 11 points in four games (5-6—11) to propel the Flames (26-13-4, 56 points) to a 3-1-0 week and into first place in the Western Conference standings. Gaudreau opened the week with consecutive four-point performances, registering 2‑2—4 in an 8-5 victory over the San Jose Sharks Dec. 31 and 1-3—4 (including the winning goal) in a 5-3 triumph against the Detroit Red Wings Jan. 2. In doing so, he became the third different player in franchise history to record four-plus points in consecutive team games and the first to accomplish the feat since Doug Gilmour from Nov. 3-5, 1988 (1-8—9 in 2 GP). Gaudreau posted his third straight multi-point game with 1-1—2 in a 6-4 loss to the Boston Bruins Jan. 3. He added one goal, his team-leading 24th of the season, in a 3-2 overtime victory against the Philadelphia Flyers Jan. 5. The 25-year-old Salem, N.J., native – who was named the NHL’s ‘Second Star’ for the month of December and selected to his fifth straight All-Star Game last week – has appeared in 43 total contests this season, ranking among the League’s top 10 in points (4th; 62), assists (t-6th; 38) and goals (t-8th; 24).