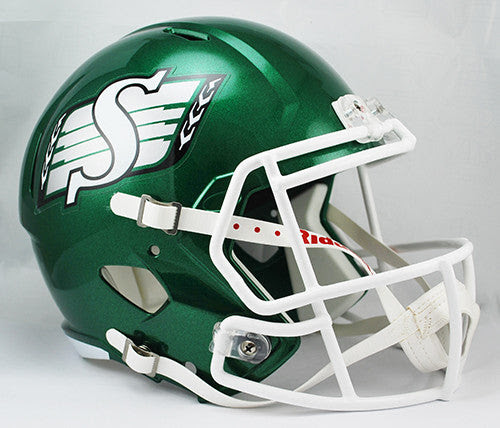 3Down Nation's Justin Dunk has Rider fans talking with a pair of articles written over the past couple of days.  One of them was Ottawa has asked for permission to speak with OC Stephen McAdoo about their head coaching position with the other being Craig Dickenson is the lone coach on staff as everyone else that he had on his staff no longer has a contract.

The McAdoo thing divides Rider Nation.  There are some who came onside with his offensive scheme after seeing Cody Fajardo produce this season which is something that didn't happen in 2018 when Zach Collaros and Brandon Bridge were in charge of what was a rather putrid offence.   The addition of William Powell and the evolution of Shaq Evans and Kyran Moore along with Fajardo made the Riders offence much more pleasurable.  The scheme didn't change, the players did.

There are others who want McAdoo out of town on the next rail car with the blame being placed on him when the team doesn't succeed like in the Western Final.  With that rationale, I guess Ti-Cats fans are calling for Tommy Condell's head after what happened in the Grey Cup.   This just in---sometimes you have to give defences credit for what they do.

The McAdoo haters are quick to call for his ouster, but they aren't too quick to name a replacement.  If you are one of those saying Jason Maas, I laugh.  I don't want that guy anywhere close to the Riders locker room.  I just don't think he and Dickenson would mesh.

With a Grey Cup year on the horizon, I think it would behoove the Riders to get McAdoo, defensive co-ordinator Jason Shivers and QB coach Steve Walsh back.  Fajardo still has a lot of room for growth and now is not the time to bring forth a new offensive scheme.  Yes, that scheme McAdoo has needs some tweaking---especially inside the 20, but I don't think now is the time for a new O-C.


--When will the CFL be giving us another snapshot as to some of the players currently on neg lists?  With conference championships and bowl games about to start in the US, I think all CFL fans would like to know who to keep an eye on.

--The 2013 Iron Bowl was on ESPN Classic on Friday.  That game saw Auburn beat Alabama on a last-play missed field goal return for a TD.  Some of the players playing for Auburn in that game were Nick Marshall,  Tre Mason, Quan Bray and Jonathan Mincy.  I thought former Eskimos, current Buffalo receiver Duke Williams was on that team too and maybe he was just hurt.

Its always cool as well when you are watching a college game and you see the names of a former or current Rider come up.  There was a mention of Riders practice roster player Jamal Morrow during Friday's Apple Cup game between Washington and Washington State and when North Carolina plays, you sometimes will see Darian Durant's name come up as he still holds some records at his alma-mater.    By the way, would NFL teams today rather have Durant in his prime or another NC quarterback in Mitch Trubisky.  What did the Bears see in him to trade up to number 2 leaving guys like Patrick Mahomes and Deshaun Watson go to other squads.  I would love to sit in a war-room one night and just see the discussions that go on as to why this player should be taken and why this player shouldn't be.

--The Pats finally seem to have found some traction.  It is probably too late when it comes to being a playoff team, but they are finally getting rewarded for their effort.  It just has seemed this year that on most nights it has been one or two things that turns a win into a loss and those things are maybe now in the rearview mirror.  Time will tell.  I do think the 2nd half of the season will be much better than the first though.   They're back at home Friday on what is Teddy Bear Toss night which is always a great night at the rink.

--Those inside the CKHS Saturday night were treated to a classic as the U of R played the University of Alberta.  In the end, Alberta won the game by one point in double overtime, but it was one that left everyone inside the gym including Craig Dickenson and Jeremy O'Day entertained.  It was a great showcase for the University game.   If that contest was on TV, many would have put down their remotes to watch what was a heavyweight battle go down.  With CBC getting back into the game by showing the Vanier Cup, I can only hope it translates into more University sports being shown even if it has to be online.  Yes, CanadaWest TV brings you games, but more eyes would come if they were on CBC or the CBC sports website.  If you can have the Canadian Little League Baseball championship on your site, you can surely have Canadian University sports on it as well right?  That is not a shot at Little League Baseball either.

--Sunday's Niners-Baltimore game was one many want to see again in the Super Bowl.  As good as both teams are, I don't think either gets there.  Despite New England's loss, I still think we will see the Patriots and Saints playing for the Vince.

Condell hasn't bombed at a home playoff game twice in a row!


Everyone needs a scapegoat and McAdoo is ours. I think it would be wise to keep both he and Walsh around to work with Fajardo. They have an off-season to design plays that work to Cody's strengths.

What scares me is the fact Evans and Roosevelt may both go elsewhere. Kyran Moore as the number one receiver is scary and McInnis isn't ready yet.


If Joe Burrow is on any team's neg list, it is a wasted spot.

Does anyone know if the Canadian kid playing QB from Ohio, Nathan Rourke, goes on a neg list or is he free to be drafted.

I'm interested to see where his career goes. I don't think he is an NFL starter, but he could be an NFL backup.


The sooner McAdoo hits the road, the happier I am. Here's hoping Ottawa makes it a very Merry Xmas for rider Nation.


Damon Allen wants to be an OC. You could get rid of Walsh and McAdoo. Tell me Fajardo wouldn't learn a thing or three from Damon!


Cougars basketball is a hidden gem in this city. More need to get out. I was at Friday's game and it was tremendous as well.