Week 20 CFL Stars Of The Week 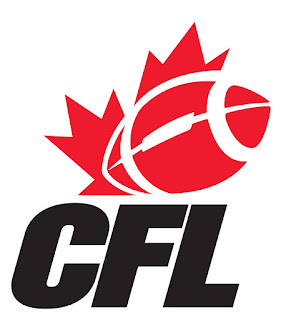 With the CFL abandoning its "stars of the week", I have been giving you my stars of the week for the season. This is the last installment seeing the regular season is over,

Duhhhhh!! The Ottawa quarterback perhaps cemented himself as the M-O-P in the CFL this year throwing for 368 yards and six touchdowns while setting a record for most completions in a season as the guys from the Nation's capital took first in the East with a win over Hamilton.

His Alouettes lost to the Riders in the season finale, but Bowman was a force for the Montreal defense as he registered three sacks to give him a league leading 19.

The University of Calgary product went home to Vancouver and helped the Stamps beat the Lions thanks to his 4 catch, 122 yard performance with one of those catches being a 70 yard touchdown. The BC defense will have to account for Parker in the West semi-final as he is that "X" factor for Calgary.

Who needs Brandon Banks? OK, I am being facetitous seeing Banks is the best returner in the game, but Sinkfield is a nice number 2 for the Ti-Cats as he had over 150 yards returning kicks in the Ti-Cats loss to Ottawa.