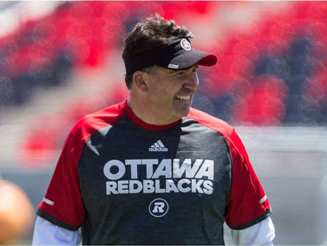 Naylor noted Elizondo previously interviewed for the BC Lions and Toronto Argonauts head coaching openings in December, so the issue appears to be the request was made too late in the off-season.

Elizondo has been the Redblacks' offensive coordinator the past three seasons. Prior to that he coached with the Argos.
at 1/19/2019