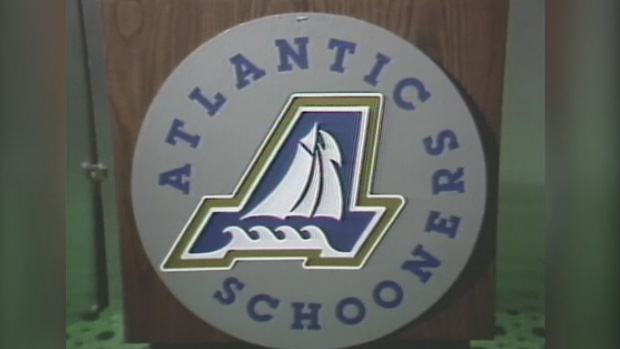 Regional council and local residents should get a preview of the plan to bring a Canadian Football League team and stadium to Halifax Regional Municipality within a couple of weeks.

“We received the proposal from the proponent (Schooner Sports and Entertainment) and we’re sifting through it,” Jacques Dube, chief administrative officer of the municipality, said Tuesday.

Dube said he and his team are working on a summary document to present to council and the public.

Dube and his staff were tasked nearly a year ago with assessing the viability of a proposal by principal SSE partners Anthony LeBlanc, Gary Drummond and Bruce Bowser and recommending to council if it should or should not be a go for the municipality.

The chief administrative officer and company only received the SSE plan in late August and Dube contends, despite the pending sneak preview for council, that his deliberation will take half a year.

“This is going to be a five- to six-month process, minimum, to get a final recommendation before council. At this point, we’re not in a position to recommend any particular option,” Dube said. “The update will be: here’s the proposal, here’s a summary of it, here’s all the documentation we’ve been given permission to release and we’ll be back to you, council, with a regular check-in.

“Obviously, should council want us to proceed with this, we’ll have a recommendation for them in five or six months from now, I suspect sometime in the spring,” he said.

The SSE ownership originally proposed a 24,000-seat stadium to be built at a cost of $190 million but tempered its vision to a $130-million community stadium with 12,000 permanent seats and the capability of adding 12,000 more temporary seats.

Through an agreement with Sport Nova Scotia, the stadium could accommodate minor sports when it is not in use for professional football.

SSE has negotiated with Canada Lands — the federal Crown corporation tasked with managing and redeveloping surplus military properties — for the purchase of an eight-hectare plot of land in the 33-hectare Shannon Park site by Halifax harbour.

In a recent note to its stakeholders, Canada Lands reported that it was approached by SSE in 2018. Canada Lands signed a letter of intent that outlined specific conditions that SSE must meet before it would consider any sale of land.

The conditions include requiring SSE and HRM to undertake public engagement with the community regarding a community stadium use; that Canada Lands and SSE co-ordinate efforts with Millbrook First Nation and neighbouring developing plans; and, that HRM approve a revised concept plan for Shannon Park lands.

“To date, the conditions outlined in the letter of intent have not been fully satisfied,” the Canada Lands notice said.

“That’s the site they suggested and we’ll look at that, certainly from a transportation and planning perspective, road access, ferry access, transit access, all those kinds of things, the impact on the neighbourhood,” Dube said. “We have no real comment to make until we’ve gone through it in a little more detail.”

Anthony LeBlanc said in an email Tuesday that his group has worked closely with senior staff at HRM over the past weeks to provide clarification where needed and to answer any questions.

“Both HRM and SSE strongly agree that it is of critical importance that we are transparent and very collaborative and consultative during this process, therefore we are working toward releasing the business plan and proposal to the public in the very near future,” LeBlanc said. “We humbly believe that we have put together an innovative proposal that has a variety of options for public sector participation in conjunction with significant private sector involvement, and all we ask is that everyone review the concepts with an open mind.”

He said the community stadium proposal should be considered a positive, not just for HRM and Nova Scotia but for the entire Atlantic region.

Dube, sitting in on a capital budget plan discussion at council Tuesday, said there are a number of funding options in the SSE plan. The one that seemed most reasonable for the municipality is a tax incremental financing (TIF) model, a public financing plan used as a subsidy for redevelopment, infrastructure and debt financing