Williams-Lambert Not Making Trip To Toronto 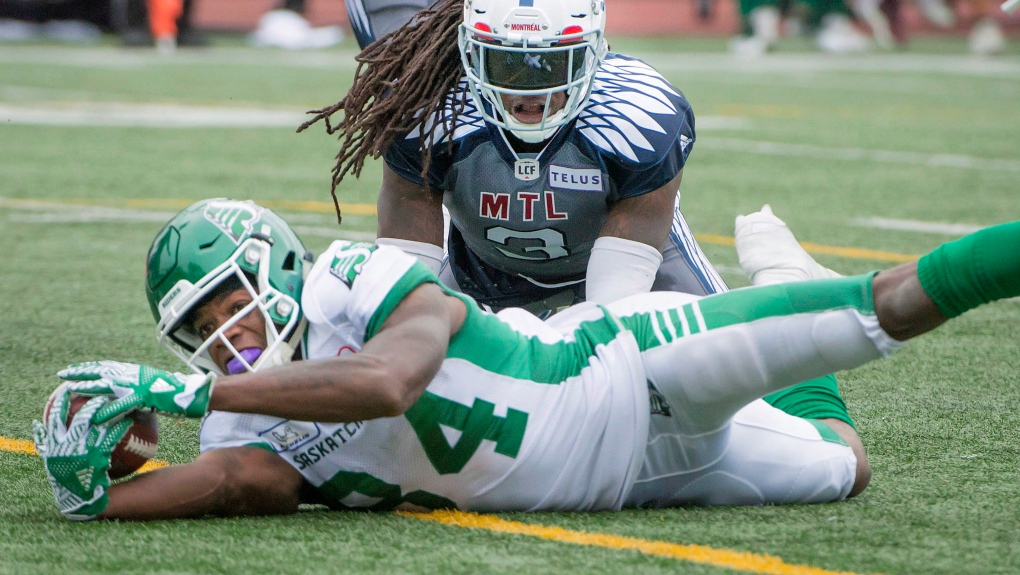 Rider fans hoping to see Jordan Williams-Lambert back on the field Saturday will have to wait for at least another week.

Before heading to Toronto on Thursday, head coach Craig Dickenson said the receiver, who has just come back to the team after a failed tryout with the NFL's Chicago Bears, needs another week to re-acclimatize himself with the playbook.

The 25-year-old led the Riders last year with a team-high 62 catches and 724 yards with four touchdowns.

Dickenson also let it be known Brendan Labatte will be making the trip and will start on the offensive line as he makes his first appearance of the year after missing the first 12 games recovering from sports hernia surgery.

Labatte will start at left guard.  Dickenson was non-committal as to who would start at right guard, but it will either be Dakoda Shepley or Dariusz Bladek.

The 8-4 Riders begin the final third of the season on Saturday night as they take on the Argonauts in a game we will have on 620 CKRM starting with the pre-game show at 2 followed by the play-by-play with Derek Taylor and Luc Mullinder at 5.
at 9/26/2019

That's a sad state of affairs if he's still behind what Manny has been doing.


Is the OC new from last year? Is the playbook different? What's the hold-up?

After being here for only one week JWL went home for the bye-week instead of staying in Regina and working on his game.
I'm thinking it's a discipline thing.
Either you're in or you're not.