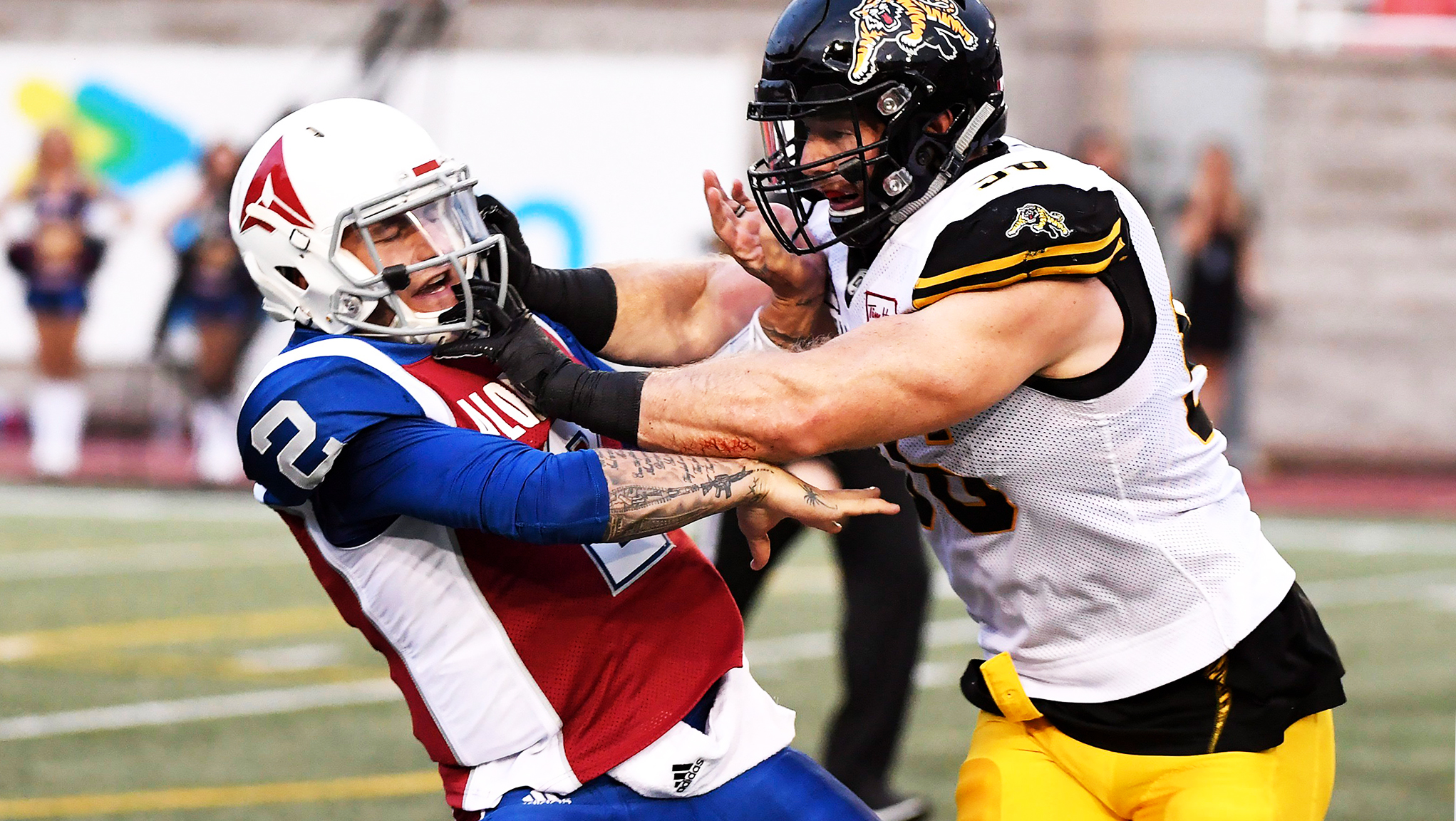 --Johnny Manziel's CFL debut was not one to remember.  He was 11 of 20 for 104 yards and four interceptions as the Hamilton Tiger-Cats steamrolled the Montreal Alouettes 50-11.

--The Ottawa Senators have avoided arbitration with Mark Stone, signing the winger to a one-year deal worth US$7.35 million on Friday. The deal came just as the team and the restricted free agent were set to have a hearing to determine the player's contract for the 2018-19 season.
The 26-year-old from Winnipeg, who can become an unrestricted free agent next summer, tied for the Senators' lead with 62 points in just 58 games as the club stumbled to a 30th-place finish in a lost 2017-18 campaign.

--The Calgary Flames bought out assistant captain Troy Brouwer after he cleared unconditional waivers. The move to cut ties is expected to save Calgary about 3 million dollars (US) in each of the next two seasons. The former Moose Jaw Warrior signed a four-year contract worth 18 million dollars with the Flames in 2016, but struggled in his two seasons in Calgary.

--The UFC  announced Conor McGregor will make his long-awaited return to the Octagon in a lightweight title fight against champion Khabib Nurmagomedov at UFC 229 in Las Vegas on Oct. 6.
McGregor hasn't fought in the UFC since beating then-lightweight champion Eddie Alvarez in November 2016 to become the first-ever fighter to simultaneously hold two belts.

--Brooke Henderson had a hole-in-one on the ninth hole in the second round of the LPGA Womens British Open on Friday. Henderson, from Smiths Falls, Ont., finished the day tied for eighth at 5 under overall after shooting a 2-under 70 round. Using a nine-iron on the par 3 No. 9, Henderson was visibly surprised when the ball took a single bounce and landed straight in the hole. It's the second ace of her professional career. Henderson and the rest of the LPGA will be in Regina later this month for the CP Canadian Womens Open.
at 8/03/2018