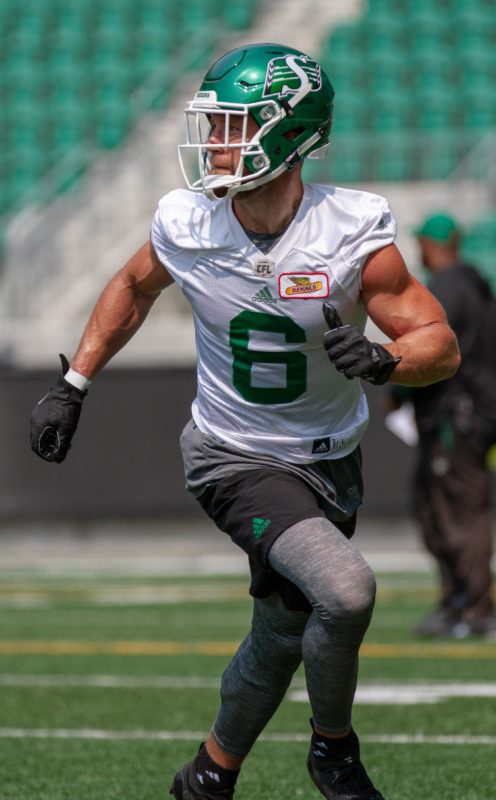 --Rob Bagg says he will continue to do what he did during his first stint with the Saskatchewan Roughriders. That is give the team everything he has.  Bagg made the comment after his first practice back with the club.  It is not known if the 33-year-old will be on the active roster for Sunday's game against the 7-0 Stampeders.

--Montreal Alouettes quarterback Johnny Manziel has been placed under the CFL concussion protocol. He was rocked by a hit while trying to run the ball over the goal-line in a 24-17 loss in Ottawa last weekend in his second career C-F-L start. He is doubtful to play when the Alouettes visit Edmonton Saturday night.  Head coach Mike Sherman told reporters after practice on Wednesday that he did not think Manziel had suffered a concussion and was fine on the way home as they travelled together.

--The WMBL final will go to a 5th and deciding game.  The Regina Red Sox beat Medicine Hat 9-5 to even the series at two.  Regina broke it open in the 4th by scoring six times.

--The Seattle Mariners have placed ace James Paxton on the disabled list with a forearm bruise, one day after the left-hander was struck by a line drive.  Paxton was facing the third batter in the first inning Tuesday night when Jed Lowrie lined a ball back up the middle, hitting the pitcher hard. Paxton walked toward second base in obvious pain as a team trainer and manager Scott Servais rushed onto the field.  The BC native is 10-5, including a no-hitter against Toronto, and a 3.68 ERA.

--The injury that slowed Rickie Fowler at last week's PGA Championship will keep him out of the first event of the PGA Tour's postseason. Fowler was reportedly hampered by an oblique injury at Bellerive Country Club, where he started the third round two shots off the lead but faded to a tie for 12th. Fowler says he will not play at the Northern Trust Open, but he will be ready for both the FedEx Cup Tour Championship and Ryder Cup. Fowler has 12 top-25 finishes in 18 starts this year.

There's some questions from the CFLPA about Bagg's release last June. Sounds like Chris Jones might have broke a rule. Imagine that!