Flames Giving Up On New Arena 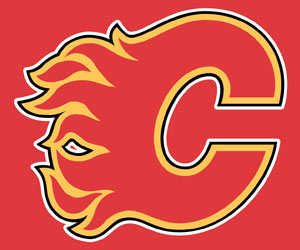 The Calgary Flames are no longer going to pursue a new arena in Calgary, Flames president and CEO Ken King said during a news conference with NHL commissioner Gary Bettman in the city on Tuesday.

After months of talks with Calgary officials, King said it became clear the city has no genuine interest in helping build a new arena for the NHL team.

The announcement comes with less than six weeks until the municipal election, where Calgary Mayor Naheed Nenshi is seeking a third term. Nenshi has clashed with King about a new arena on multiple occasions. On Tuesday, Bettman encouraged people to speak out if they oppose the city’s actions.

“You need to make your voice heard if you think the city is moving in the wrong direction,” said Bettman.

On Tuesday evening Nenshi, who has spent the last two days in council meetings, quickly rushed past reporters during a dinner break, declining to comment until Wednesday.

Nenshi said he was not aware of the Calgary Sports and Entertainment Corporation’s new position because he had been chairing council’s last meeting of the term and wasn’t prepared to discuss it.

On Monday, Nenshi pushed a plan for creating a cultural and entertainment district in East Village and Victoria Park which he said would ideally include a Flames arena. King called Nenshi on Monday evening. On Tuesday, King said their meetings with the city about Victoria Park have not been productive.

“We were asked … if we’d look at a Victoria Park vision and we’ve been meeting directly for months and they’ve been spectacularly unproductive meetings,” said King.

A key point of contention between the Flames and city officials is how much, if any, public money should go towards the construction of a new arena. On Monday Nenshi reiterated his position.

“It’s about money, it’s about real money and people have to come to terms with making sure that as I’ve said from the very beginning, public dollars have to have public benefits.”

King said the owners had “agreed to put up a substantial financial commitment” for the Victoria Park arena.

The Flames are owned by some of the wealthiest men in Canada. For example, co-owner Murray Edwards has a net worth of $2.96 billion, and is the 28th wealthiest person in the country, according to Canadian Business magazine.

While some cities do cover significant costs of new arenas for their NHL teams, others try to build without dipping into taxpayer dollars. Seattle is currently finalizing a memorandum of understanding with a group offering to renovate their KeyArena for $564 million. Seattle hopes the new stadium will be used for large scale concerts, and potentially attract an NHL or NBA to team the city.

The specifics of how much the city would be asked to pay for the Victoria Park arena, and how much the Flames’ owners would cover, has not been made public.

In June, Calgary Flames president of operations Brian Burke suggested that the team could move to another city if a new arena wasn’t built, and floated Quebec City as an option. Quebec City mayor Regis Labeaume said he thought the Flames weren’t being serious.

“It’s a negotiating strategy. We’re used to it. Everyone is calm, the Flames will not come to Quebec,” said Labeaume.

On Tuesday though, King said the team is not shopping around for a city that would be more willing to help pay for an arena. That’s a key difference from back in April, when King suggested the team would move if they didn’t get an arena.

“I think and hope we’re going to get a deal. The truth of the matter is, we would just move. Which is not to be confused as a threat,” said King at the time.

In April 2016 city administrators said the Flames CalgaryNEXT pitch could cost $1.8 billion with taxpayers covering two-thirds of the cost. That proposal would have seen a field house as well as a new arena in the West Village.

After that plan stalled, the Flames met with city administration dozens of times, eventually coming up with a proposal in April 2017 for a new arena in Victoria Park, on a two-block site south of 12th Avenue S.E. between Olympic Way and 5th Street S.E., on land currently occupied by parking lots and roadways.

On Tuesday, Bettman said he was not surprised that the Flames no longer thought an arena would be built, calling it inevitable.

Nearly all of the talks between the city and the Flames have happened behind closed doors, but that hasn’t stopped disagreements between Nenshi and King from being aired publicly. At one point King said the $1.8 billion CalgaryNext proposal was still an option. A few days later Nenshi described it as “dead”.

Seattle bound in 2020 when their arena is ready


Flames aren't going anywhere. Nenshi is sticking to his guns and making Flames pay for arena the way Oilers did.

Has Saskatoon started to woo them yet? They will!

2.96 Billion Dollars and he wants the public to build a playpen for him.
Let them go to Seattle.

The Seattle Scorchers. I can see it now a flaming S.

I would love to see Notley and Nenshi's Flames relocate