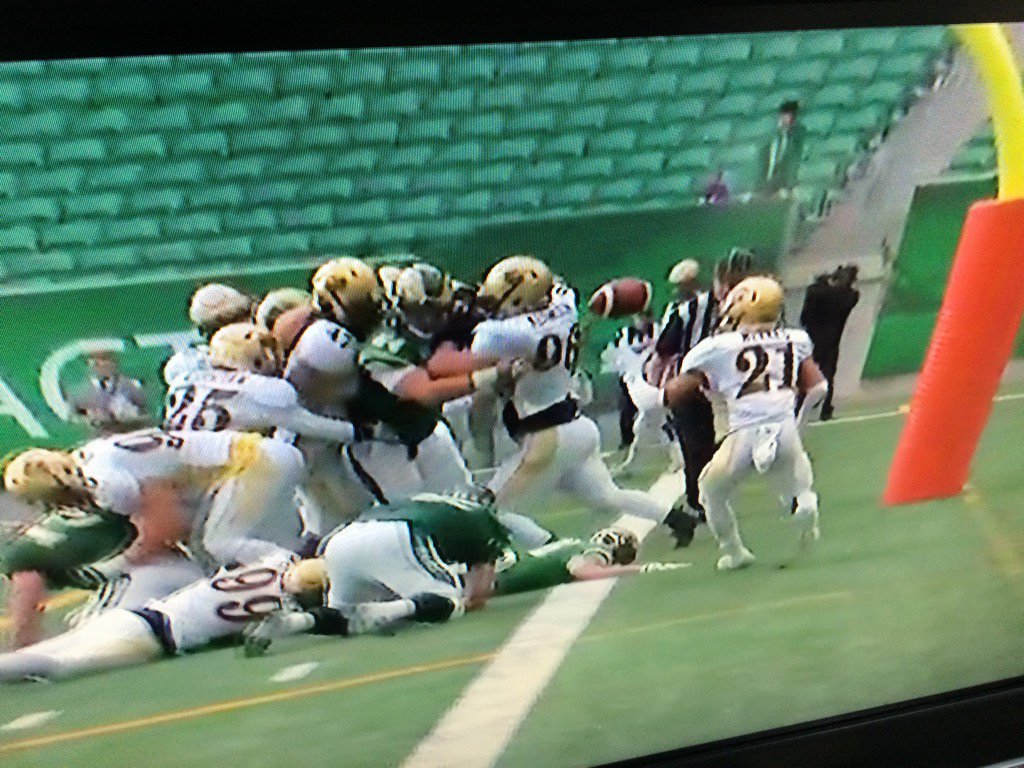 The University of Regina Rams finally got the offence rolling in the second half but it was too little, too late as Manitoba held on for an 18-16 road win on Saturday afternoon at Mosaic Stadium.

The Bisons (1-3) didn’t score an offensive touchdown in their first victory of the season, but got three field goals from Brad Mikoluff and scored their only major of the game on a 47-yard pick six by Jayden McKoy just before halftime. The Rams had two chances to tie the game in the last three minutes, but Daniel Scraper and Thomas Huber both missed field goals from identical 42-yard distances.

Manitoba’s defence picked off Rams quarterback Noah Picton three times, all in the second quarter. James Mau had the first one and McKoy had critical interceptions on back-to-back possessions late in the quarter, the first coming on the pick six and the second in the end zone as the Rams were trying to answer right back from the defensive touchdown. Houston Rennie and Derek Dufault both had sacks for Manitoba, with Rennie’s coming in the final minute to force the Rams into a second-and-19 situation.

Des Catellier got the start at quarterback for the Bisons and finished 18-for-29 and racked up 212 passing yards. Manitoba running back Jamel Lyles led all players with 207 all-purpose yards, 77 of which came on his 20 rushing attempts.

The only points of the first quarter went to Manitoba on a conceded safety by the Rams, and the Bisons went up 8-0 in the second on Mikoluff field goals from 32 yards out and 11 yards out. Possibly the turning point of the entire game came on a two-play sequence late in the second after the Rams had just collected a pair of first downs to get out to their own 35-yard line. Picton found Kyle Moortgat behind coverage for what surely would have been a 75-yard touchdown, but Moortgat couldn’t find the handle on it and the next play was McKoy’s interception return major. And on the very next drive, the Rams drove 59 yards downfield before Picton’s pass to Huber was picked off by McKoy for his second interception in as many possessions.

The Rams also missed an opportunity in the third quarter after Danny Nesbitt collected the fourth longest interception return in school history, picking off a ball near the Rams’ goal line and bringing it all the way back to the Manitoba 39-yard line. The Rams got all the way down to the three, but Atlee Simon fumbled right at the goal line and Manitoba’s Shae Weekes was there to recover.

In the fourth, the Rams scored the only offensive touchdown of the game for either team after a 56-yard completion to Mitchell Picton set the table for a one-yard plunge for a major by short-yardage quarterback Frankie Gray. On the Rams’ two chances to tie up the game with 42-yard field goals, Scraper’s attempt was wide to the right and run out by Lyles while Huber pulled his kick left of the uprights for a single point with just 23 seconds remaining. Manitoba was then able to kneel out the clock for the win.

Noah Picton ended up 27-for-36 for the Rams and finished with 338 passing yards, but was held without a touchdown pass for the first time since the team’s loss to Alberta last season. Mitchell Picton had nine receptions for 136 yards, while Ryan Schienbein also had nine catches and finished with 86 receiving yards. Layne Hull had Regina’s lone sack, while Cord Delinte was credited with a pair of pass breakups.