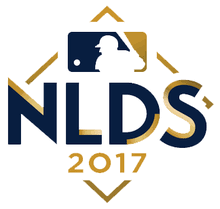 
Los Angeles: Normally, picking a team with 104 wins, especially one with the best pitcher of his generation on staff, going up against a wild card entry would be a no brainer. But with the huge slump the Dodgers had in September and the repeated lack of post season success from that pitcher, Clayton Kershaw, it’s hardly the fait acompli it seemed when L.A. was on pace to set the N.L. record for victories in the regular season. Yes, they righted the ship somewhat and held on to the best record in the majors, but their starting pitching now looks vulnerable and there are club house problems with Yasiel Puig (shocker) and the swap of late season acquisition semi-flop Curtis Granderson for underperforming but loved Joc Pederson. The offense is led by ROY candidate Cody Bellinger, Justin Turner and Corey Seager, and the Dodgers have one of the best closers in the game to compliment a strong pen.

Arizona: The Diamondbacks can hit as well as the Dodgers, and their ERA was second only to L.A. And they played their best ball of the season the last two months. But their ace, Zack Greinke, pitched in the Wild Card game and Paul Goldschmidt, who led them in every major offensive category this year ended the season on an 0-17 slump, though he did hit a huge Home Run against the Rockies in the Wild Card game. Jake Lamb provides more power and the rest of the lineup is very solid though it lacks another star. Their starters are better than their middle relief, and both are better than their closer Fernando Rodney, whose 4.23 ERA and career long inconsistency has Arizona fans cringing and/or praying every time he’s brought in.

Washington: The Nats parallel their NHL DC brethren, the Washington Capitals. They win their division with a solid club that’s as strong on paper as any other, and then underachieve in the playoffs. Whether its injuries or bad match ups, they just can’t seem to get the elusive title the press and their fans seem to feel them destined for; and like the Caps, the window may be closing. This year, they were third in runs scored and ERA, and ran away with their division, but the two teams with better pitching are L.A. and Arizona, one of whom they’ll have to beat just to get to the World Series. And with Bryce Harper, the best hitter in baseball not named Mike Trout, coming back from injury, the offense could be a bit hamstrung, though Daniel Murphy, Ryan Zimmerman and Adam Lind are fully capable of providing enough runs even without Harper at 100, or even 90 percent. The pitching situation is similar; ace Max Scherzer is also coming back from a naggings injury, but the equally talented Gio Gonzalez and Stephen Strausberg put up just as good numbers this year and in a short series, that may be all they need. Middle relief is decent and their closer had a good year, but faced less pressure than most closers do. They also had good speed, though not from their top hitters.

Chicago: Last year’s best team by far – and the ultimate champs – were not quite as good this year. Whether it was the dreaded World Series Hangover, or just a lot of solid guys who had career years reverting to the mean, they got off to a slow start and despite going 49-25 after the All-Star break it wasn’t until mid-September that they were even sure of making the playoffs at all. They’re slow, but scoring runs shouldn’t be an issue as the line-up is formidable, balanced, and healthy. The starting pitching? Not so much. Those starters, none of whom had a high ERA but also none of whom won more than 14 games this year, are pitching out of order right now and around an injury to last year’s standout Jake Arrieta. But their middle relief and closer Wade Davis are both excellent.