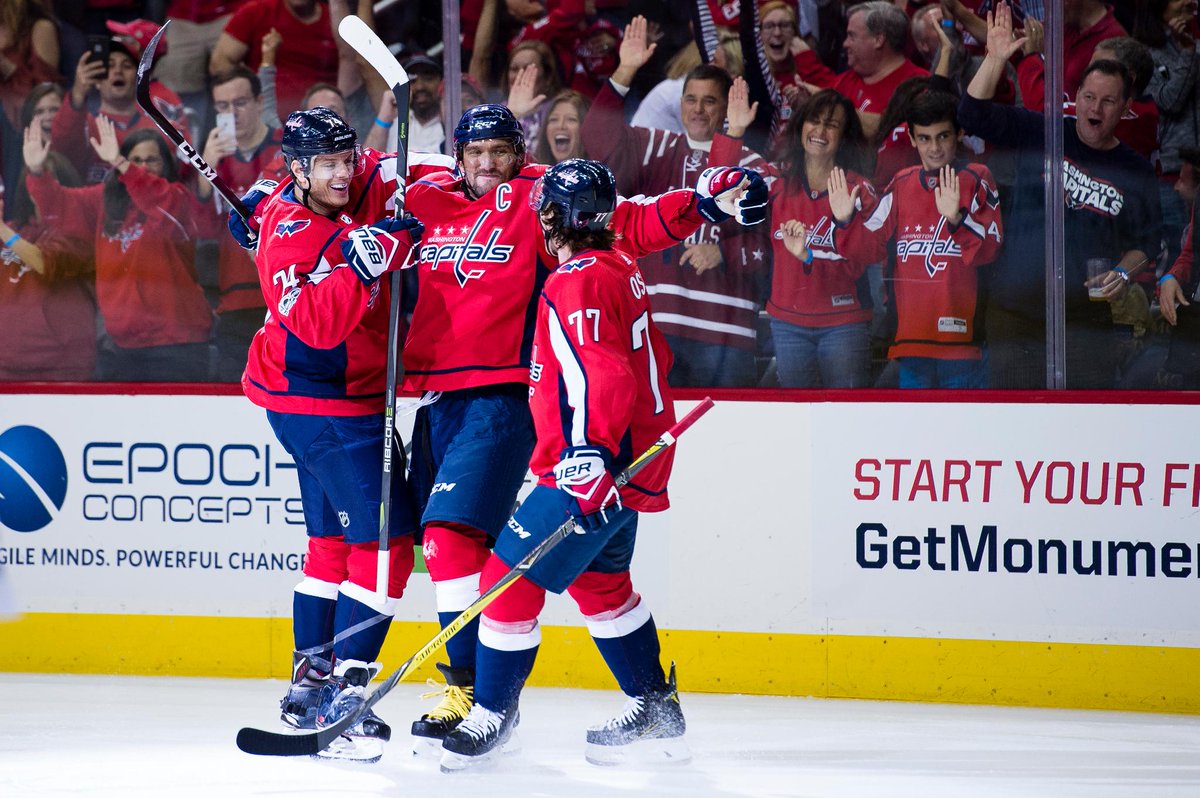 FIRST STAR – ALEX OVECHKIN, LW, WASHINGTON CAPITALS
Ovechkin led for the League in goals and points (7-0--7) as the Capitals opened the season with two victories. On Oct. 5, Ovechkin notched his 18thcareer hat trick in a 5-4 shootout victory over the Ottawa Senators. Two nights later he matched a career high by scoring four times in a 6-1 win over the Montreal Canadiens. With hat tricks in each of the Capitals’ first two games, Ovechkin became the fourth player in NHL history and first since 1917-18 to record hat tricks in each of his team’s first two games of a season. His seven goals give the Moscow, Russia, native 565 for his career, good for 22nd on the all-time list of NHL regular-season goal scorers.

SECOND STAR – MARC-ANDRE FLEURY, G, VEGAS GOLDEN KNIGHTS
Fleury went 2-0-0 with a 0.98 goals-against average and a .973 save percentage as the Golden Knights opened the season with two victories. Fleury began the week by making 45 saves in a 2-1 victory over the Dallas Stars Oct. 6 in the first ever regular-season game in franchise history. On Oct. 7, he stopped 27 shots in a 2-1 overtime win over the Arizona Coyotes, giving him 377 career victories -- good for 15th on the all-time NHL wins last. The 32-year-old Sorel, QC, native was the first overall selection in the 2003 NHL Draft by Pittsburgh, for whom he won three Stanley Cups in 13 seasons.

THIRD STAR – WAYNE SIMMONDS, RW, PHILADELPHIA FLYERS
Simmonds tied for second in the League in goals with four (4-0--4) -- including two game-winners -- as the Flyers began the season with two victories in three starts on the road. On Oct. 4, Simmonds recorded his second career hat trick -- including the game-winning goal -- in a 5-3 win over the San Jose Sharks. After being blanked in a 2-0 loss to the Los Angeles Kings Oct. 5, Simmonds finished the week by notching the overtime game-winner as the Flyers defeated the Anaheim Ducks, 3-2, on Oct. 7. The 29-year-old Scarborough, ON, native was the 61st overall pick in the 2007 NHL Draft by Los Angeles and is entering his 10th NHL season, seventh with the Flyers. He has recorded 402 points (206-196--402) in 690 games played.