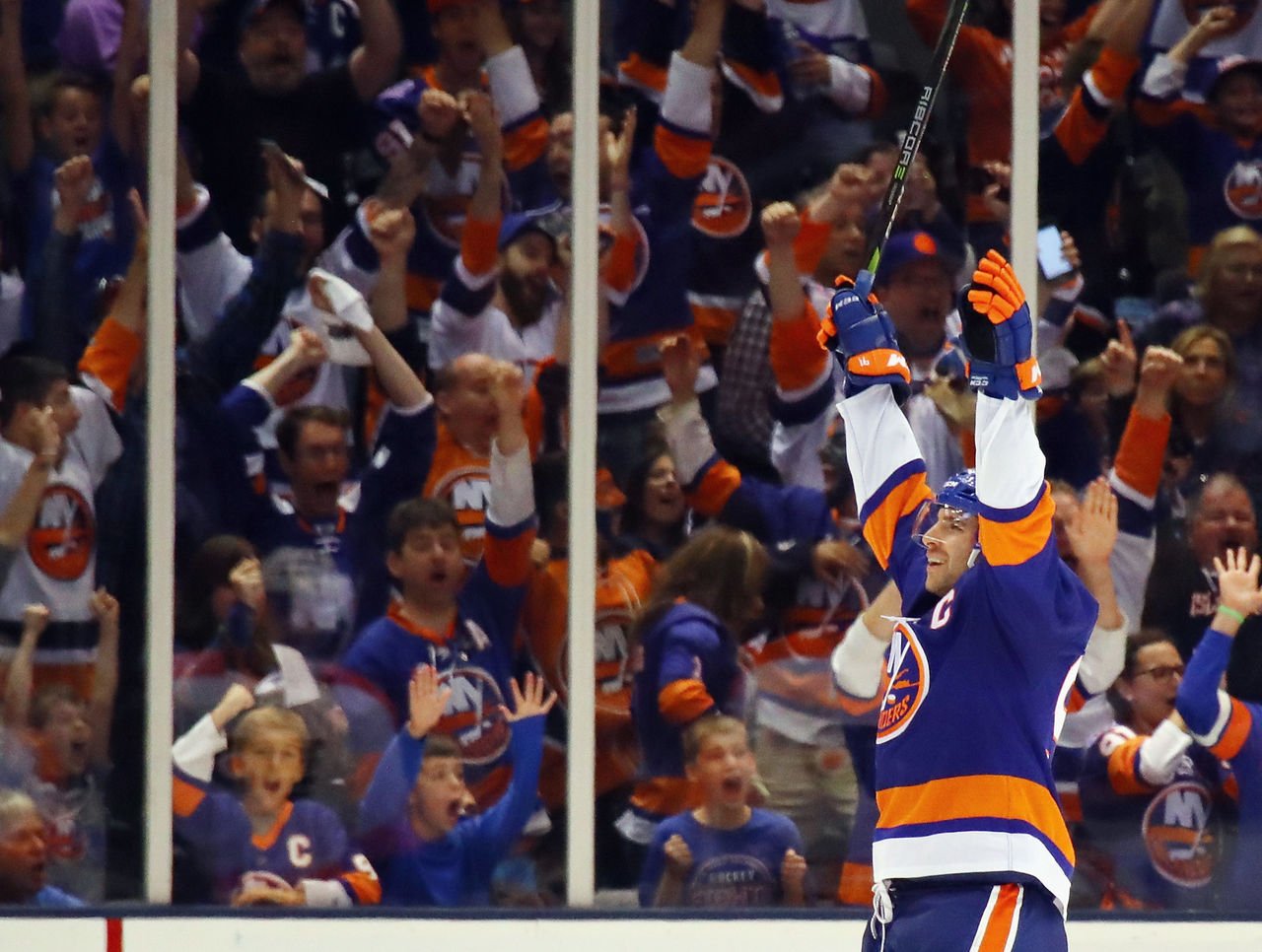 FIRST STAR – JOHN TAVARES, C, NEW YORK ISLANDERS
Tavares led the NHL with 6-1—7, including a pair of hat tricks, to power the Islanders (6-4-1, 13 points) to two wins in three starts. He posted 3-1—4, including the decisive goal and his 10th career four-point performance, in a 5-3 triumph over the Arizona Coyotes Oct. 24. After being held off the scoresheet in a 6-4 loss to the Minnesota Wild Oct. 26, Tavares added his eighth career hat trick in a 6-2 victory against the Nashville Predators Oct. 28. In doing so, he became the third player in Islanders history to record two hat tricks within a span of three team games – and the first to accomplish the feat since March 3-5, 1996 (Ziggy Palffy). The 27-year-old Mississauga, Ont., native ranks third in the NHL with nine goals in 11 outings this season, pacing the Islanders with 13 points overall.


Any Oiler fans notice how well Eberle is playing alongside Tavares? Do you now realize how bad Chiarelli got fleeced in that deal?

Eberle has had an awful season anon #1. He got his first goal of the season 10 games in, on weekend. That's garbage when you're supposed to score goals.

Be aware that the Eberle hater is from Moosejaw. Go Pats!