Less than eight months before the scheduled start of its new pro league, the Alliance of American Football has rolled out details about player allocation, a combine, a draft and salary expectations.

League co-founder Bill Polian, an ESPN NFL analyst, said the league will give players three-year, non-guaranteed contracts worth $250,000 each.

Players can leave the league, which is set to kick off Feb. 9, to go to the NFL. Polian said it's currently unclear whether a player's rights will revert back to the AAF after a three-year period expires or if the clock stops ticking on a team's three-year rights when a player gets "called up" to the big time.

Salaries will be in line with AAF competitor the XFL, which has said it will pay players an average of $75,000 per season. That league launches in 2020.

Polian said a contract will include state-of-the-industry health insurance and an education stipend to any player who completes a year in the league.

The AAF will scout players who don't make NFL and CFL teams. They will be allocated to rosters based primarily on where they played college, if there is an AAF team within a reasonable radius. When that isn't the case -- which will often be true for players from the Big Ten and the Big 12 -- players will be allocated based on their most recent NFL or CFL team.

Players whose college doesn't have an AAF affiliation and who haven't played in the NFL or CFL are eligible to be tendered a contract by any team.

"Each of our teams will have at least five colleges whose players become theirs, four designated NFL teams and a CFL team that is assigned," Polian said.

Polian said modeling suggested that this format would lead to a competitive league, taking into account that the Birmingham team, for example, wouldn't be loaded with Alabama players because many of those players actually make the NFL. The one exception the league has made is for quarterbacks: Teams can only take one former college quarterback in their region.

Polian said the college model will have immediate business implications for the teams.

"If the Birmingham teams has Trent Richardson, we think that will be something that would be a significant gate attraction," Polian said.

The league will hold three combines next month -- in Los Angeles, Houston and Atlanta. Players who want to try out will be charged $175.

Each CFL team has been paired with one of the eight AAF teams: Edmonton Eskimos with Phoenix; Calgary Stampeders with Salt Lake; B.C. Lions with with San Diego; Saskatchewan Roughriders with San Antonio; Winnipeg Blue Bombers with Memphis; Hamilton Tiger-Cats with Orlando; Toronto Argonauts with Atlanta, and both the Montreal Alouettes and Ottawa Redblacks with Birmingham. 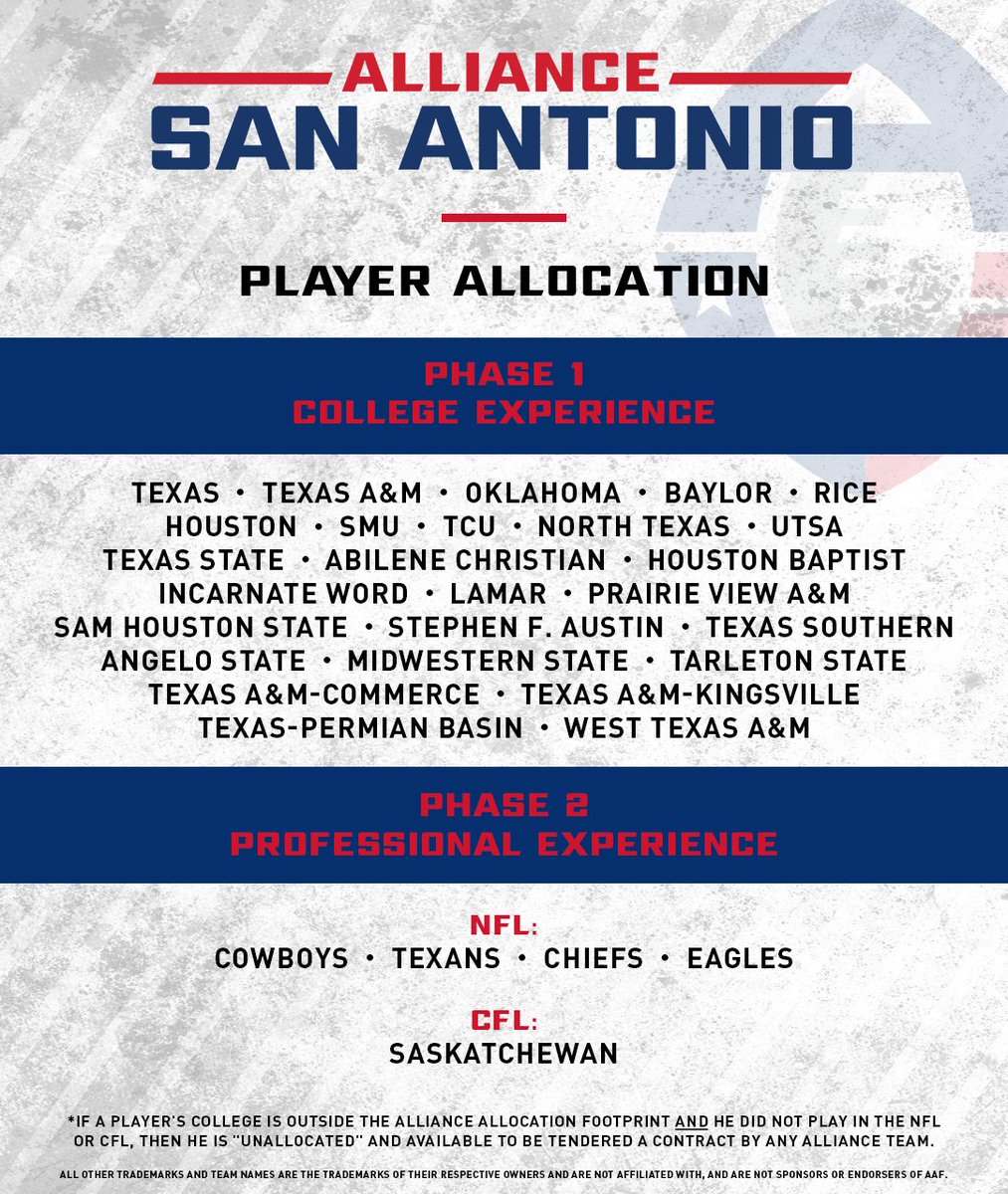 
Heard you and Luc talking about this yesterday. I knew the XFL was coming, but I didn't know about this. This means the CFL will have two rival leagues. Could it pave the way for more Canadians to play?

I guess we can all agree Trent Richardson's days in Rider green are over.

What makes you think Trent Richardson can make any football team?

I come from the great football factory town of Moreland Saskatchewan, Hyw #6 south, I'd love to play in this league. Do they have a designated franchise roster spot for players such as I? can't be stuck with $250.000 for 3 years. Also, it looks apparent those CFL Roughriders from Saskatchewan will be the farm team of A of A Football San Antonio club, rather not play that avenue.