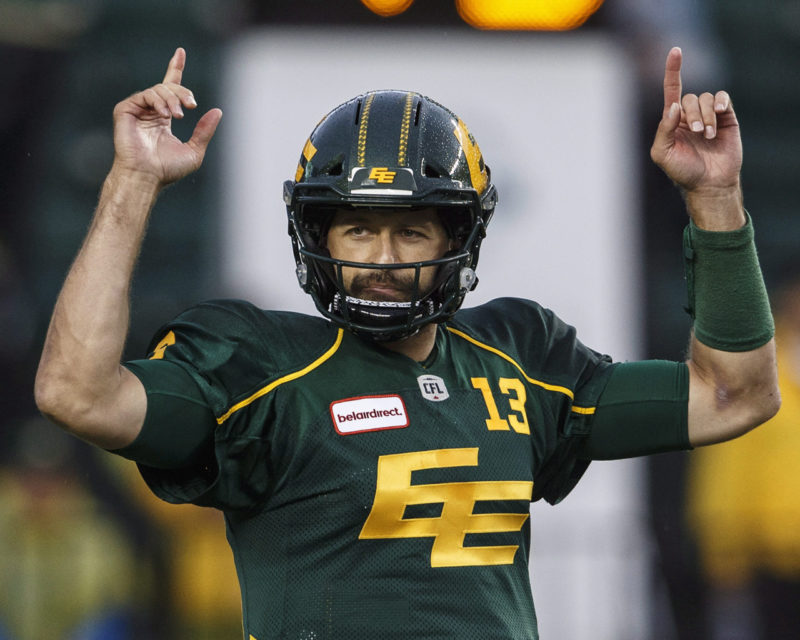 --Bo Levi Mitchell was a spectator at Stamps practice Friday.  Mitchell left Thursday's game versus Ottawa with a knee injury.  The Calgary quarterback told reporters he needs to undergo some tests on the knee, but he doesn't think it is anything serious.

--Weyburn's Graham DeLaet doesn't know when he will swing a golf club on the PGA Tour again.  DeLaet is in Saskatoon for his Graham Slam charity event. He says a procedure to fix a back problem did not work and doctors still can't pinpoint exactly what is wrong. DeLaet has no idea when he may return. He says he will meet with doctors in the next few weeks to try and determine the next steps. with surgery being the last resort.

--A setback for former N-H-L players suing the league over head injuries. The federal judge overseeing the case has denied class-action status for the players. The landmark lawsuit was filed over five years ago.

--Goalie Marc-Andre Fleury has signed a three-year extension with the Vegas Golden Knights. Fleury helped lead the Golden Knights to the Stanley Cup final in their expansion campaign this past year. The contract has an average value of $7 million dollars.
at 7/14/2018