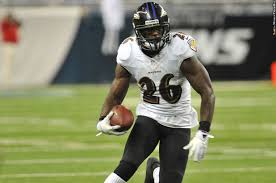 The Riders got back to work Monday following Saturday's defeat at the hands of the Montreal Alouettes.

Before getting underway, the team announced they had signed DB Matt Elam.  The former Florida Gator was Baltimore's first round draft pick--32nd overall in the 2013 NFL draft.  He played four years for the team seeing action in 41 games.  He has not played since the 2016 season.

Whether or not he sees action is not known.

Meanwhile, Brandon Bridge was seeing action with the first team offence meaning he will likely start after being pulled at half-time for David Watford on Saturday.

Question - was Duron Carter practicing alongside Brandon Bridge and the first team offence?


Its about damn time!


This guy was good in Baltimore. Don't know what happened to him to have to pick up his socks in the CFL, but this is a good signing IMO

It was legal problems. |Is there a pattern here?