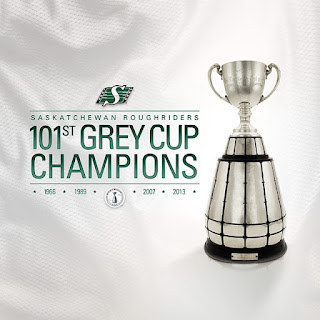 The Saskatchewan Roughriders have made a pair of moves.

The first one sees them trade DL Eric Striker to Toronto for a player off of the Argos neg list. Striker had been on the practice roster.

The team also signed Canadian OL Brandon Schram to the practice roster.  Schram was taken in the 2nd round (13th overall) by Hamilton in last year's CFL draft.
at 7/03/2018

Schram the Ram is going to be awesome for the Roughriders.

Mr Scroofy, now that you arw the big boss kahona man at 620CKRM, can you release Luc Mullunder and hire Marshall Hamilton on the Roughriders play by play team. Luc is hard to listen to, making for very bad radio.