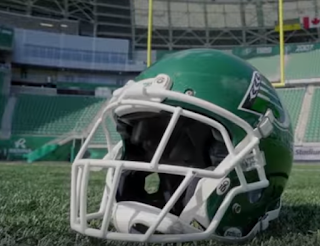 The Saskatchewan Roughriders are pleased to announce that five of their players have been chosen to the CFL’s West Division all-star team. One player from the Green and White was selected on offence, one was picked on special teams and three were selected on defence.

The West Division all-stars were selected by members of the Football Reporters of Canada (FRC) and CFL head coaches.

BRENDON LABATTE (GUARD): LaBatte just completed his 11th CFL season and seventh with the Riders. The University of Regina product played 18 regular-season games, spending time at left guard and centre. This is LaBatte’s ninth division all-star selection after previously being selected to the West Division squad from 2012-15 and 2017, and the East Division team from 2009-11 while with the Winnipeg Blue Bombers.

CHARLESTON HUGHES (DEFENSIVE END): For the third season in a row, Hughes led the CFL in quarterback sacks, picking up 15 through the 2018 regular season. The 34-year-old first-year Rider added 35 defensive tackles, three forced fumbles, two tackles for loss and one fumble return for a 57-yard touchdown. This is Hughes’ seventh West Division all-star selection after being previously honoured in 2010, 2012-13 and 2015-17.

ED GAINEY (HALFBACK): Gainey started all 18 regular-season games in the Riders’ secondary, collecting 51 defensive tackles, two special-teams tackles, one quarterback sack and one forced fumble. He also added three interceptions for 78 return yards and a touchdown. This is Gainey’s second West Division all-star selection after previously being selected in 2017.

BRETT LAUTHER (KICKER): Lauther connected on 54 of 60 field-goal attempts (90%) including a 56-yard long. The 90% success rate is the second-best in franchise history and the 56-yarder is the seventh-longest successful kick. The 28-year-old had two games going a perfect 6-for-6 and another two connecting on all five field-goal attempts. This is Lauther’s first West Division all-star selection. He was also named the Riders’ 2018 Most Outstanding Special-Teams Player and Most Outstanding Canadian.

Scruffy, here is a revised playoff format. This is not a 1 - 9 like you want, but still gets the best 6 teams into the playoffs. This is a slight adjustment from the current format.


1. The first place team in each conference are ranked 1 and 2 regardless of the records and would receive a first round bye. This is like baseball where you try to win the pennant. In addition, this still keeps alive the east - west format, because an eastern based team will be hosting the eastern final.

3. After the semi-final weekend, the two winning teams would play in the conference finals. Team one would play the team that had the worse regular season record and team two would play the remaining team.

4. The teams that won the conference finals would play for the Grey Cup.