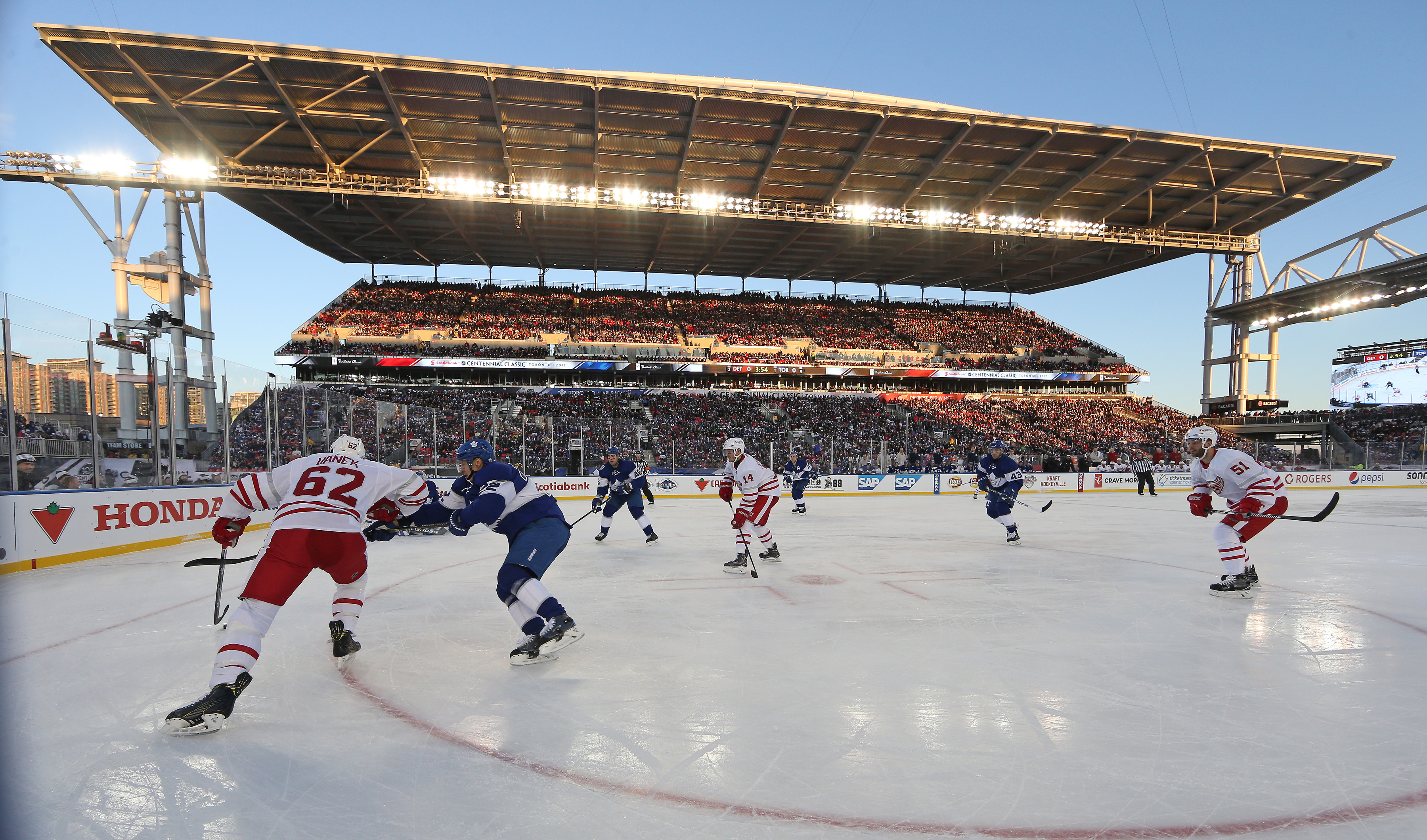 Hockey fans in Saskatchewan don’t often get to see live NHL action in person, but the league could be looking to bring a game to the province in the future.

During the 2017-18 season, the WHL’s Regina Pats were forced to move a scheduled game at the venue indoors due to weather issues and poor ticket sales.

There are two scheduled outdoor games this season: the Winter Classic between the Blackhawks and Bruins on New Year’s Day at Notre Dame Stadium, then a Stadium Series game Feb. 23 between the Flyers and Penguins at Lincoln Financial Field, home of the NFL’s Philadelphia Eagles.

No thanks. Price is one thing, but the weather in Sask is too unpredictable that time of year.


HAHAHAHAHA! Not a chance!

This would be cool, but it won't happen.

If Rider fans couldn't sell out a home playoff game when it was minus 8 does the NHL really think it could play a game here unless it was before November 1 or after March 1 and even then.

What are tickets for this going to cost? Does the "I want it for basically free" Regina sports fan expect to go for $20. These tickets will likely be at least $89 for seats up high.

The fact the NHL would even consider this after seeing what happened with the Pats last year and Riders this year is somewhat surprising.


Sign me up especially if the Habs are one of the teams.

No thanks, I'll watch it on my 77" inch high definition screen within the confines of my own home. They only play these games for the all mighty dollar obviously. Sitting in those stands (attended Michigan game) you can barely see anything (obstructed views, glass stantions, glaring lights) as you're too far away from the action in play. Where's the puck? where's the puck? makes for a "miserable long day" especially with unpredictable weather.


Not in today's society where people are as soft as melted butter. Anything that may cost them a couple of bucks in minus degree weather and they're out. Too bad!