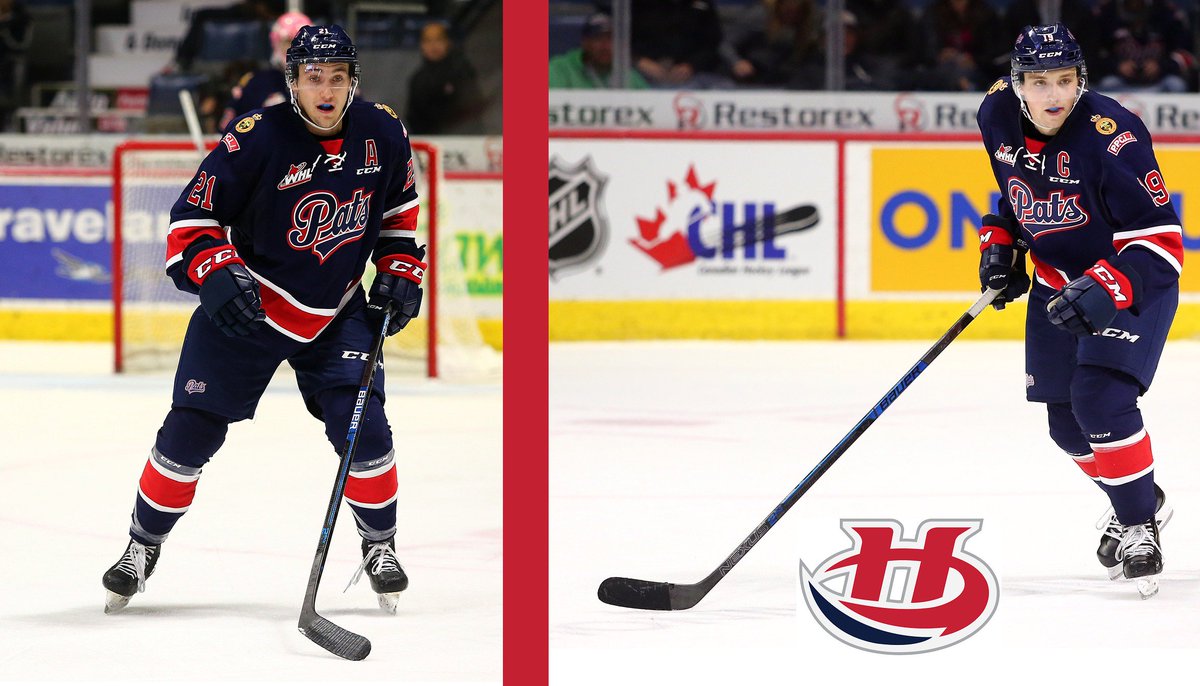 “I can’t say enough good things about Jake and Nick,” said Pats VP of Hockey Operations and GM John Paddock. “They are incredible people who have meant so much to our organization. Lethbridge is getting two outstanding individuals and we wish them all the best with their new team.”

“We could not turn down an offer of this magnitude,” added Paddock. “We are getting two good players up front in Jadon and Ty and have added some important pieces for the upcoming WHL Bantam Drafts.”

Joseph (6’1, 172), is in his third year in the WHL. The 19-year-old from Sherwood Park, Alberta has already set a career high in goals this season with 10 and is on pace to surpass his previous career high in points at 32 which was set last year. In 144 games in the league, Joseph has scored 22 goals and 44 assists for 66 points. He also has 36 WHL playoff games to his name, where he put up five goals and 15 points, reaching the conference final in two straight years.

Kolle (5’8, 178), is also in his third WHL season. A product of Kamloops, British Columbia, the 18-year-old started his career with the Portland Winterhawks and was traded to Lethbridge in October of this year. He has seven goals and four assists in 17 games so far this year. Kolle has appeared in 94 career games, scoring 14 times and adding 15 assists for 29 points.

Jake Leschyshyn was named the Pats captain prior to the start of the 2018-19 season, his fourth year as a member of the Pats. The signed second round pick of the Vegas Golden Knights is enjoying a career year with 16 goals and 32 points through 25 games to sit tied for 13th in overall scoring in the WHL. The 19-year-old played 213 games with the Pats, scoring 61 goals and 131 points. He added five goals and 10 points in 28 post-season games with Regina.

Nick Henry is playing in his third season with the Pats in the WHL. The product of Portage la Prairie, Manitoba was drafted in the fourth round of the 2017 NHL Entry Draft by the Colorado Avalanche. The 19-year-old is off to a great start in 2018-19, leading the Pats with 40 points in 25 games, good for seventh in scoring in the Western Hockey League. Henry appeared in 150 games in Regina, scoring 64 goals and 150 points. He also played in 29 playoff games, picking up 16 points.

The Pats wrap up a stretch of seven straight on the road on Friday when they visit the Brandon Wheat Kings at 7:30 p.m. on 620 CKRM. Next home game is Saturday against the Prince Albert Raiders.
at 11/29/2018


Great trade for Lethbridge. Lot of unproven picks come back this way. Up to the scouting department to do their job now!

I may be wrong, but the Pats now get 1st round picks that they traded away. That is HUGE!


So I guess this means there is now no real reason to go to games this year seeing all of the offense is gone.

Not surprised to see Jake/Nick get traded, but why go to games now?


Good haul for the Pats. Makes one wonder what MJ could get for Brook!


Anyone not thinking this is a good deal are the same people thinking it was a smart idea to keep Eberle and Teubert back in the day.

Paddock is miles smarter than Parker thus this move was made. Thank you John!

Great deal moving forward. This is what you get for the last three years of championship hockey. Pats fans have not seen that in a long time and hopefully it will be back in the next 2 years.

Why would MJ want to trade Brook? Have you seen their record or are you just conceding the division/conference/league to PA?


Where would the path had changed for the Pats if Daddy's boy trades Eberle and Teubert like he should have? The more I hear the story, the more I think it was Daddy making that move though.

Daddy's boy was despicable for the Pats history, but this trade makes me and my family not have any interest in attending games anymore this season. We'll check back next year and see how the picks turn out.

The new guys will try their best, but this season is over. I'm not buying tickets to anymore games until next year.

This trade makes you and your family not have any interest in attending games any more. What a great statement to make. You aren't going to buy tickets any more. Way to cheer on the team through good times and bad.

What a terrific attitude to have! #losers

Hey Robbie, cheer harder for us then. Champ.


Not "Robbie", but it's hard not to tell just what type of loser you are pal. Stay home win or lose! Eat cheezies in your basement and keep calling Skip the Dishes though---CHAMP!