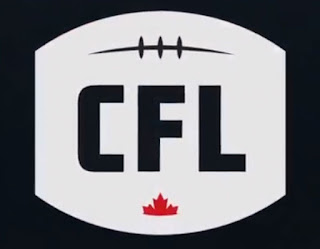 The Canadian Football League said in a press release Friday the Rules Committee is recommending an increased focus on protecting quarterbacks, cracking down on spearing, and giving coaches another potential challenge. The recommendations come as the committee wrapped up its annual meetings.

“There is a real focus here on player safety in general and the health of quarterbacks in particular,” the CFL's Senior Director of Officiating, Darren Hackwood said in the league release.

The ability for the Command Centre to upgrade a 15-yard roughing the passer penalty to a 25-yard penalty for a direct blow to the quarterback’s head or neck with the helmet when that player has a clear view to the quarterback, and there are no mitigating circumstances such as a quarterback ducking his head.

Coaches should be entitled to a second challenge if their first is successful, giving them a potential maximum of two per game instead of just one.

A 10-yard objectionable conduct penalty be assessed for faking or embellishing contact, otherwise known as diving.

Spearing on any player be upgraded to a 25-yard penalty by the Command Centre when a blow is delivered with the top of the defender’s helmet and he has a clear view to the opponent and there are not mitigating circumstances such as the opponent ducking his head.

If a player receives two 25-yard penalties in the same game, he will be disqualified from that game.

A kicked or thrown football remain a live ball instead of becoming a dead ball when it touches a goal-post ribbon.
at 3/22/2019