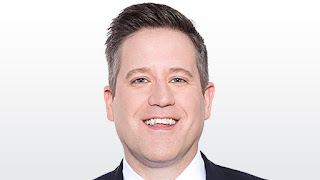 620 CKRM is proud to announce Derek Taylor has been hired to serve as the new play-by-play voice of the Saskatchewan Roughriders and host of Saskatchewan’s #1 sports show–the Sportscage.

Taylor has been working at TSN since 2014 and was responsible for the popular “Details with Derek” segment that ran during CFL broadcasts along with hosting weekend editions of “Sportscentre.”

“I could go on Sportscentre tonight and call all of the highlights, and that’s super cool, but the energy of a live game and reacting to what’s happening in real time is just another level,” Taylor said. “To take that up with the stadium just rocking, everybody’s clad in green, everybody’s crushed a two-foot lineman with chili and onions, and they are ready to rock it out.”

Taylor said he looks forward to watching every down of this year’s team, adding the defence is already solid.

“The offence again is going to be the question,” Taylor said. “I started tracking every play in the CFL and the details type stuff back in 2015 when Zach Collaros was a monster in Hamilton, and for me, my brain is always kind of frozen that Zach Collaros is an M.O.P. level quarterback, and he clearly hasn’t been since coming back from a knee injury, but I always kind of think he can get back to that.”

Taylor said he would love to hear from Saskatchewan what they want to hear on the Cage.

“This is your show, and I’m going to bring my own spin on it, and I’m going to try to bring you the best that we have to offer with guests and content,” Taylor said. “If they let me give out money, I’ll do that too, we will absolutely do that, but I definitely want to know what people in Regina want.”

Taylor will begin at 620 CKRM next month and will be behind the microphone for his first game on Friday, May 31 when the Riders are in Calgary to take on the Stampeders in pre-season play.

Welcome to Riderville Derek. The Roughrider crazies are pretty harmless mostly misguided passion.. Looking forward to listening to your call of Rider games.

Well, I guess we can no longer believe anything he says, he'll be on the same 'gag order' the last guy was on. It's funny how much smarter he's got since he quit being told what to say.

never heard of him


DT knows his stuff. I think this will be a great hire


I like DT and believe he will be a solid replacement for Rod. Scruffy, were you or Ballsy ever considered for the position? You said in another column you may not be doing the Rams this year? You have been a part of the Sportscage since Day One so I thought you would be a shoo-in.


I wish SWC would stop coming to this blog or that you would just stop posting his comments.


This should hopefully spell the end of John Lynch "gracing" CKRM airwaves. Why Peterson kept bringing that rambling old fool on was a mystery to me.

Was a good hire from out of province. time to drain the swamp in Regina