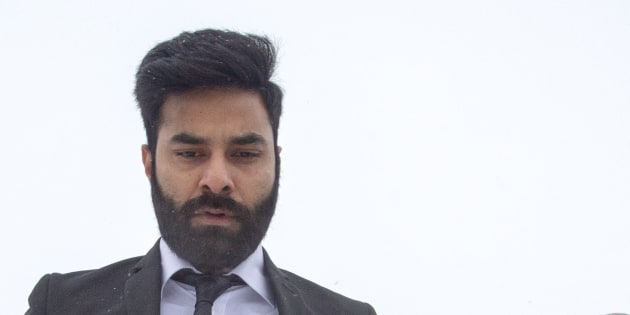 "Baffling and incomprehensible".  Those are two words Justice Inez Cardinal used in Melfort Friday as Jaskirat Sidhu was sentenced.

Sidhu was the truck driver that blew through many stop signs before crashing into the bus carrying the Humboldt Broncos hockey team killing 16 and injuring 13 others.

Several families were not happy with the sentence.  Chris Joseph, the father of Jaxon, says while unhappy Cardinal came back with a number that was probably the best for all involved.

Christina Haugan, the wife of head coach Darcy Haugan, says it is just another step in the process with another one coming in two weeks when the one-year anniversary of the crash hits while Raelene Herold, the mother of Adam Herold, said the sentence doesn't change anything and that the accident was so senseless and preventable.


What this man did to 29 families can never be repaired!

Would any sentence have been enough? He has to live what he has done for the rest of his life. Its a life that should be behind bars. By the time he is 45, he will be a free man in India doing god knows what. Is that right?

There should be a few more behind bars for this tragedy including all those who enabled an untrained, unskilled driver onto our roads with a semi truck.

He will server full 8 years in Canadian prison system and then be deported.

He will never serve 8 years in prison, never will, this is Canada. He will be deported in short order, very short order. The wheels were already set in motion from day one to the application for him to go back home to India. This being Canada, parole granted asap, he's gone! Gone to live his life to do as he wants without encumbrance to his personal negligent actions. He apologized playing the sympathy card, Canadian judicial system plus Canadian society bit. That's what money buys, a legal get out jail free card. This 8 year Saskatchewan court sentence sorely lacking and inadequate and will never suffice for what this man did. 16 dead, 13 injured. Untold others in grief and suffering. Sad ending.