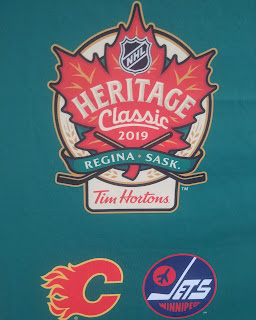 Tickets to the 2019 Tim Hortons NHL Heritage Classic™ go on sale April 25, 2019 at 10 a.m. CST via Ticketmaster, the official ticketing partner of the NHL®, on Ticketmaster.ca and Ticketmaster.com, as well as on the Ticketmaster app. In addition, information on a priority ticket pre-sale beginning in early April for Winnipeg Jets season-seat holders, Calgary Flames season-ticket holders and Evraz Place Backstage Club Members will be sent to those groups in the coming days. This opportunity is for a limited number of tickets to the 2019 Tim Hortons NHL Heritage Classic™ and will be available on a first-come, first-served basis, while supplies last.

Regina’s Mosaic Stadium at Evraz Place opened in 2017 and is home to the Canadian Football League’s Saskatchewan Roughriders. Mosaic Stadium is the newest outdoor stadium in Canada and was recently awarded the 108th Grey Cup, which will cap off the Roughriders 110th-anniversary season in 2020. Evraz Place is the center of sport, business and entertainment for the Regina community. In addition to the Roughriders, the 100-acre property is home to Regina Pats, Regina Soccer Association, many minor and recreational sports, and numerous concerts, trade shows and conventions.

The 2019 Tim Hortons NHL Heritage Classic™ will showcase a number of the top players in the NHL. The Jets are led by 2019 NHL All-Stars Mark Scheifele and captain Blake Wheeler, as well as, Patrik Laine, Dustin Byfuglien and goaltender Connor Hellebuyck. The Flames counter with 2019 NHL All-Star Johnny Gaudreau, as well as, Sean Monahan, Elias Lindholm and captain Mark Giordano. Winnipeg currently sits atop the Central Division with 86 points and Calgary’s 93 points place them a point back of San Jose for the lead in the Pacific Division. The Jets and Flames franchises have faced off 30 times during the regular season, with Calgary holding a 10-point advantage over Winnipeg (CGY: 17-11-2–36; WPG/ATL: 12-16-2–26). The Clubs have met twice this season with Calgary winning both, 6-3 and 4-1 respectively. They meet again tomorrow night in Winnipeg for the third and final time this season.

Two Flames players remain from the team that faced off against the Canadiens at McMahon Stadium in 2011: Giordano and forward Mikael Backlund. The Jets have 13 players on their current roster who took part in the 2016 Tim Hortons NHL Heritage Classic™.

Ummmm, what is Evraz Place Backstage Club? Is this a new thing?


Do these people know Regina won't support this game if tickets are more than $150 which I expect them to be?

Game gets announced on Jan 1. Press conference held Mar 15 and tickets aren't available until April 25. What is the delay?

Tell us the prices already