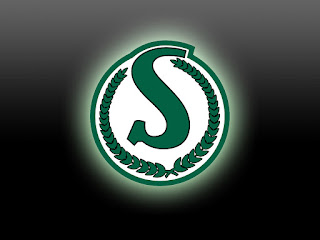 The Saskatchewan Roughriders announced today that non-import offensive lineman Patrick Neufeld and non-import receiver Scott McHenry have re-signed with the team. Financial details were not released.

Neufeld (6’6 – 296) will be entering his third CFL season, all with the Riders. Last year, the Regina native started in 13 of his 17 regular season games played and the West Semi-Final at right tackle after dressing in 17 games in 2011 as a back-up.

A product of the University of Saskatchewan, Neufeld was originally selected by the Riders in the fifth round (33rd overall) in the 2010 CFL Canadian Draft.

McHenry (6’2 – 217) will return for his third season with the Riders after entering the league with the Winnipeg Blue Bombers in 2010. Last year, the Saskatoon native dressed in all 18 regular season games registering 19 receptions for 171 yards and one touchdown. He added another three receptions for 35 yards in the West Semi Final.

Originally selected by the Calgary Stampeders in the fourth round (32nd overall) in the 2009 CFL Canadian Draft, McHenry previously played at the University of Saskatchewan and earned back-to-back spots in the East West Bowl. Over the course of his five seasons with the Huskies he tallied 125 receptions for 2,104 yards and ten touchdowns.

If McHenry is back, I can't see the team having any need for Sisco.

Neufeld was a weak spot on the line. He needs to grow some more before being a starter. He's OK as number 6 or 7 lineman, but not in top 5.

Just because you sign them, doesn’t mean you have to keep them (refering to McHenry)

Mitch, maybe you could comment on this. How is it that Sisco was chosen ahead of Gore and Foster of BC and Watson of Wpg in the draft a few years ago? Something that really pisses me off about the Riders - inability to recognize talent. Just watch any of those three and you can see they are far better ahtletes.