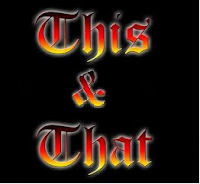 --As the Riders go into Calgary tonight to play the Stampeders, I think it is safe to say this has been the most interesting and perhaps the most chaotic week the team has had under Chris Jones' watch.  It all started with the fight Monday involving Duron Carter.  One that had the enigmatic receiver sending Rider Nation into a frenzy with one cryptic seven-word tweet and one that will end with Carter playing receiver and defensive back against the Stamps.  What happened Monday? We will never know.  We know Carter and Sam Williams were involved, but that is it.  The team isn't talking about it, the coaches aren't talking it and everyone just wants to forget it.  If it wasn't Carter that was involved, it probably would be by now.

As Chris Jones mentioned on Tuesday, boys will be boys and fights will happen. It is part of football. This team is fired up coming down the homestretch. Did Carter's attitude have anything to do what happened? Whether it did or it didn't, it doesn't matter because it shows an intensity around here that wasn't around last year when the team's fate was basically sealed by this time.  Yes, I have questions as to why Carter is playing on the corner against a good Calgary offence in what is a big game, but there is a method to Chris Jones' madness.

Like he has numerous times in his short tenure here, he is rolling the dice. On some it has worked, on others it hasn't.  The one thing that can't be denied is he has all eyes on his football team again this weekend. The CFL won't admit it, but they love it.  The Riders move the needle much the way the Yankees do in MLB, the Patriots do in the NFL and the Leafs do in the NHL.  When people are talking about the Riders, they are talking about the CFL. It makes me wonder if the CFL would get more attention if Carter's antics were happening with him being a member of the Argos. You can't tell me it wouldn't help! No one at the league office is complaining when TSN leads its afternoon Sportscenter with the latest in Riderville because everyone who is a CFL fan is watching and those who aren't have to have a passing interest.

What if Carter makes some impact plays on "D"? If he were to grab a pick six, Bo Levi Mitchell's Twitter account would be rudely assaulted by Rider fans. BLM threw the first salvo which Carter graciously accepted and threw back. Any chance Rider Nation has to chirp BLM is one they will take and like it or not, the Calgary quarterback is ready for it.  Like him or not, what he does on Twitter to get the fires rising is what the CFL needs.  It is harmless fun!  It is why we need more of this.

--As we approach the final 3 weeks of the CFL season, here is a look at the standings if you seeded teams 1-9

We know that there will be a crossover team and that Calgary and either Ottawa or Toronto will get a first round bye as winners of the East.  IF you went 1-9, you would see the Stamps and Bombers would have a first round bye with Edmonton playing Toronto and Ottawa in Saskatchewan for Round 1.  However, going into the final 3 weeks BC would still have a shot and so would Ottawa and Toronto in a quest to get a first-round playoff game.  A Riders home playoff game would be there now, but would it be there after the weekend? There is a lot more drama in the 1-9 scenario than what we are currently getting.  While I know many want the current format to stay, there are many others who want change including me.

--The Gordon Hayward injury from Tuesday night is absolutely horrific.  It might be one of the worst ones I've seen. The only one worse may be from the 2007 Vanier Cup when a running back from Manitoba suffered a gruesome broken leg.  When it was shown on the big screen at Skydome, a collective "OHHHHHHHH" came out from what was a good-sized crowd.  Many outlets decided not to show the sight of Hayward sitting on the court with his ankle and leg not looking the way it should.  It's out there if you haven't seen it. If you are squeamish, don't look for it.  If not, have at er, but be warned!

--Can we just fast forward the NHL season and have the Leafs play Vegas for the Stanley Cup? Meanwhile, Oilers fans like me are wondering what exactly is happening as the start has not been what we were expecting.  Connor McDavid has only scored in one game, the defence has been horrible and the goaltending has been sub-standard.  From what I have seen, the decision to trade Jordan Eberle instead of Ryan Nugent-Hopkins was a mistake as RNH continues to play soft as he did in the Carolina game. Perhaps its the fact the Oilers are wearing those ugly orange uniforms at home instead of the traditional blue . Change it back! Maybe an OT win in Chicago will start turning the fortunes around.

--While the Riders are in Calgary, the University of Calgary will be in Regina this weekend.  Much like the CFL, the road to the title will go through Calgary. The Dinos are 6-0 on the season so the 4-2 Rams have a huge challenge in front of them.  It will be a tough test for a Regina defence that has given up a lot of points in its last two games, but if Noah Picton and company can find a way to get 35-40 points, I like their chances. It is going to be a lot of fun Saturday at Mosaic. Game time is 2. Get out there and watch the likes of Noah Picton, Mitch Picton, Atlee Simon, Danny Nesbitt and Nick Dheilly.

--On Sunday in Saskatoon, the Thunder and Hilltops will meet again for all the PFC marbles. It will be meeting #3 on the year between the two with each team having won on the road. This will be an outstanding football game with the winner likely going on in a couple of weeks to take the Canadian Bowl.  I am sure a lot of Regina fans will make the trip north and I am sure they will be met by many Hilltops fan to make it another October afternoon to remember with a lot on the line.

The Sunday night game has the Falcons in New England in a rematch of last year's Super Bowl. It doesn't matter what the score is after three quarters, KEEP WATCHING!

--It's been very quiet in Calgary since the re-election of Naheed Nenshi as mayor.  Yes, some members of the Flames weren't happy about it and voiced that displeasure on Twitter, but it would appear the Flames camp is either re-grouping or pouting. Whatever it is, the team should look to get a new person in front of the camera.  Ken King isn't going to help the cause any.  In my opinion, he should be replaced as the face of this fight.  I'm not the only one that feels that way as some in Calgary believe the same thing. If not, this situation won't improve anytime soon.

--RIP Gord Downie. The impact you had on many in this country is immense. Your music will keep your memory alive for years.

You are right. Ken King representing the billionaires is a non-starter in their quest for a tax payer funded arena.


The CFL playoffs should get their you know what together. If they don't have teams in the East that can compete with the West, too bad. I like this idea and it has nothing to do with the fact the Riders could have a home playoff game.


Way more negatives than positives to having Carter play DB. Not really sure what Jones is thinking on this one.

An excellent book just hitting the market is: The Chicago Cubs: Story of a Curse by Rich Cohen. Any book by Cohen is a wonderful read and baseball fans will love this one!