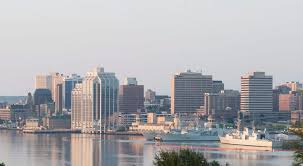 The group that wants to bring the Canadian Football League to Halifax has narrowed its search for a stadium location to two sites.

“We’re down to two, a preferred site and a backup site,” said Anthony LeBlanc, one of three principals in Maritime Football Ltd., the corporate entity that hopes to establish a 10th league team in Nova Scotia.

LeBlanc, who met with CFL team executives in Winnipeg on Friday to present a business plan review, said he and his partnership are negotiating with site owners and hope to finalize a site soon.

That is what Halifax Regional Municipality seeks also.

“We think it has to make sense for the municipality but we also want something that’s transit oriented,” Mayor Mike Savage said of a potential stadium after regional council met in camera with the Maritime Football group last month. “I don’t think anybody is interested in building an old style stadium with 20,000 parking spots.”

The likely stadium sites are Dartmouth Crossing and a property behind the Kent store in Bayers Lake business park.

The question of funding for the stadium, which would seat about 25,000 people and likely cost in excess of $200 million to build, remains a bigger riddle than a potential site.

“We certainly think it’s the right way to go,” LeBlanc said of the stadium redevelopment plan at Landsdowne Park in Ottawa that was part of the successful strategy to bring the CFL and the expansion Redblacks to Canada’s capital four years ago.

“There is the creation of the fan experience of having things that you can do other than just going to the game,” said LeBlanc, former president of the Arizona Coyotes of the National Hockey League. “These types of facilities, they are not just football. ... It becomes an economic driver and it helps to build kind of those mini-communities.”

The Lansdowne redevelopment plan was built on providing sports, shopping, living and parkland. The sporting and living elements may be the most successful tenets to date of the $300-million 16-hectare urban park located next to the Rideau Canal in central Ottawa. The stadium complex was rebuilt and retail and residential developments were added, including basketball courts, a water park and skate park. The city kicked in a major chunk of the redevelopment cost, retained ownership of the site and leased the commercial and retail components under a revenue-sharing deal with Ottawa Sports and Entertainment Group.

Savage said after the June meeting that if there is a way that HRM can contribute to a stadium without digging deep into capital, “maybe that’s the way to go.”

“What they are looking at, I think they have been public about this, is (something) that’s offset against future potential tax revenue in the area that they want to build,” he said.

Savage said in June that it’s time to take the CFL talk public, suggesting holding a future council meeting that would be open to the public.

Shaune MacKinley, the mayor’s chief of staff, said the agenda for the next council meeting, on July 17, won’t be readied and released until Friday.

“He is still committed to that,” MacKinley said of going public with the CFL dialogue.

LeBlanc said the two proposed sites would be revealed at that public meeting, whenever it is scheduled.

LeBlanc said he and co-owners Bruce Bowser, a Halifax native who is president of AMJ Campbell Van Lines, and Gary Drummond, a businessman from Regina who was president of hockey operations with the Coyotes during LeBlanc’s tenure there, have their finances in order.

“From an investment point of view, we’re comfortable where our group is now,” he said. “If there are local, strategic investors who are interested, we’re always interested in adding them to the fold, but that isn’t a requirement.”

Fan support is a requirement.

“We’ve talked extensively with the league, HRM and the province about this that we’re probably going to take a play out of the playbook in other league’s recent expansion. If you look at Las Vegas and Seattle in the NHL, one of the conditional precendents was to go out and do a season ticket drive, so everybody knows that the market that everyone thinks is there is really there. I think it’s fair to say that that will absolutely be part of our plan.”

The Las Vegas model included playing for the NHL title and the Stanley Cup in the Golden Knights’ inaugural season.

“I have no problem with that,” LeBlanc said.

I like that Rod Pedersen caved and doesn't allow anonymous posters anymore. it means he has just a ho hum blog with opinions on it and very little commentary.