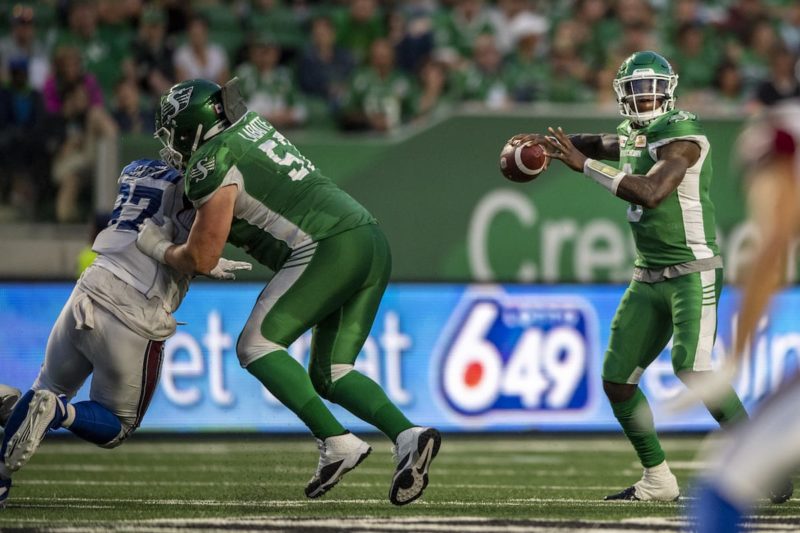 
--The Montreal Alouettes have finally won a game. Boris Bede kicked five field goals and the Alouettes snapped their 13-game losing streak with a 23-17 victory over the Saskatchewan Roughriders. Montreal's last win came in the 2017 season when it beat the Toronto Argonauts 21-9 on August 11th.  Before the game, the Riders paid tribute to the 29 members of the Humboldt Broncos organization that were killed or injured in the April 6th bus crash with a moving ceremony and video featuring team president Kevin Garinger.

--The Winnipeg Jets are shedding salary in an attempt to keep Paul Stastny.  They sent goalie Steve Mason, forward Joel Armia and two draft picks to Montreal for defenceman Simon Bourque.  NHL free agency begins Sunday. There is word James Van Riemsdyk is leaving Toronto to go to Philadelphia and forward Derek Ryan has a deal in place to join the Calgary Flames.

--Edinson Cavani scored twice as Uruguay sent Portugal packing with a 2-1 victory at the World Cup. On the same day, Lionel Messi and Argentina were eliminated by France in a 4-3 defeat. Nineteen-year-old forward Kylian Mbappe  became the first teenager to score at least two goals in a World Cup game since Brazilian great Pele in 1958. He also drew the penalty that led to France's first goal.

--Minnesota's Eddie Rosario, Bobby Wilson and Max Kepler all left early because of heat illness on a scorching afternoon at Wrigley Field, as the Chicago Cubs beat the Twins 14-9.

The Cubs said it was 96 degrees when Rosario exited during the bottom of the fifth inning Saturday. He hit a two-run homer in the top of the fifth, then left shortly after fielding a hit by Anthony Rizzo .The Cubs said the heat index was 107. That's a calculation of how hot it feels, with humidity factored in.

--Canada's Brooke Henderson let her lead slip but is very much in contention at the K-P-M-G Women's P-G-A Championship. Henderson is 8 under through three rounds and three shots back of leader So Yeon Ryu. Henderson led most of the afternoon and was up by two strokes at 10 under before the South Korean put together a late charge.
at 7/01/2018

Embarassing! No other word to describe it.

Jones is sabotaging this team with his desire to play Carter at DB.

The fact Murphy can't find a DB yet he can find a QB that played in Japan is proof positive he has no clue. They won't beat Hamilton Thursday and will be 1-4.


Might have been one of the worst football games I've ever seen. The Riot game last weekend was better.


Football game was bad. What was worse was all the people bitching about the new stadium. People don't like the fact they can't park close to the venue. WAAAH WAAAAH!! Can you park at most stadiums around North America anymore? NO! People bitch about the prices inside the stadium? WAAAAAH WAAAAAH!! Is the price for a beer not the same at the stadium as it is inside the Brandt Centre?

The moaning is uncontrollable. Wake up people! If you really wish the old place was still around, you have a serious lack of many things including sensical behaviour.


Should have left after the Humboldt tribute

What a contrast, Pedersen blog requires a name/ID so now we get get long winded know it all wannabe football experts. Scruffy allows anonymous comments, the result short comments but stupid and hateful.


This team holds mini-camps in the U-S throughout the off-season. Those camps could find no good o-linemen and no quality defensive backs. Is there something wrong with this picture?

Jones. Murphy, O'Day and scouts must be yukkin it up at Golden Corrals throughout the southern US on the Rider dime.

We are the worst team in the CFL after three weeks. Happy Canada Day!


Vanstone's article on the game is so bang on.

This isn't collage, where you can spend freshman and sophomore seasons too change players positions and hope there playable as upperclassman... This is pro football... Save your experiments and find a professional CB... Move Carter too WR or better yet release him. Undisciplined, selfish, trash talking is embarrassing!

Get better Zack. The season depends on you it would seem!

Anonymous said...
This comment has been removed by a blog administrator.
7/01/2018