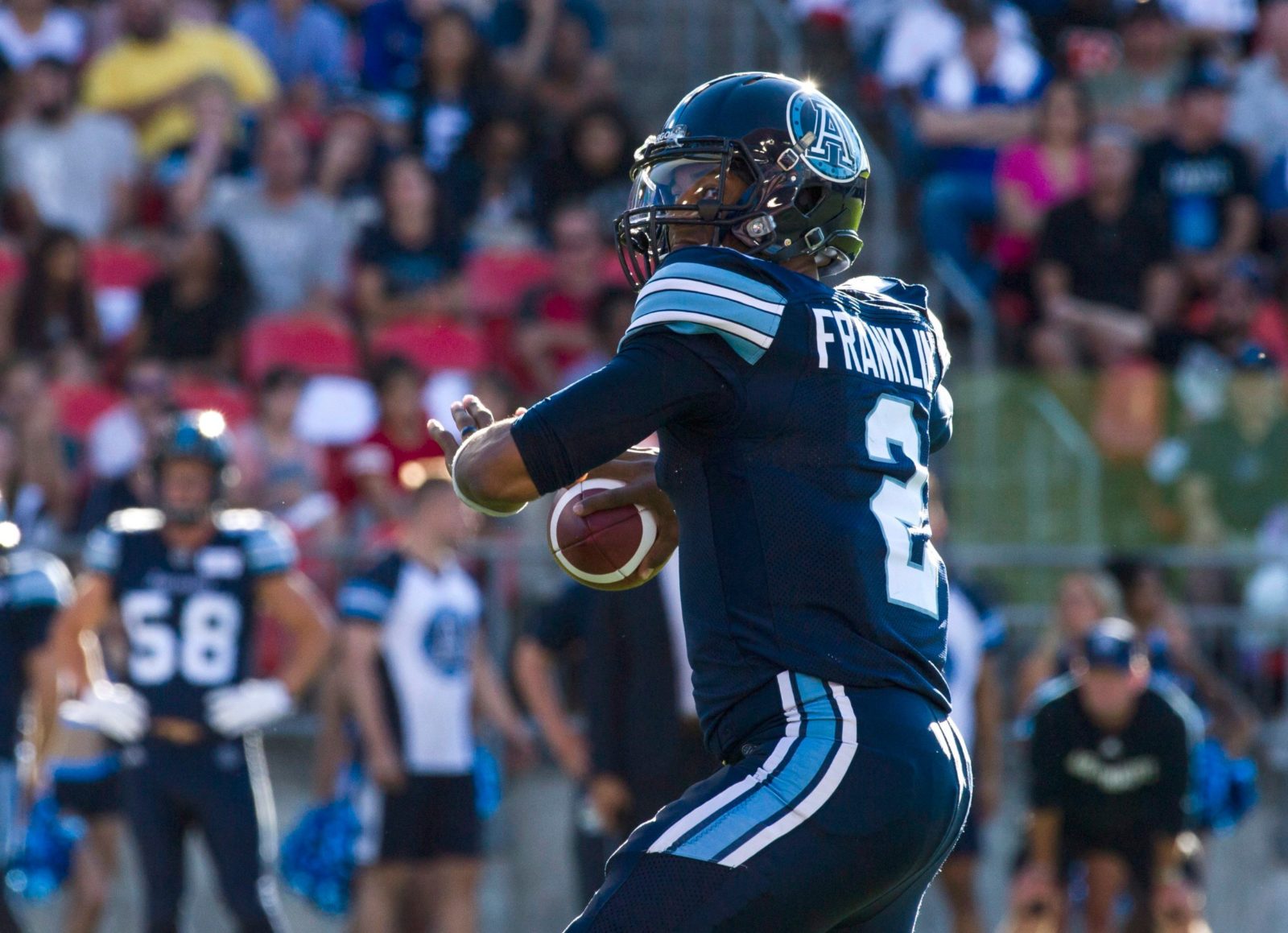 --James Franklin threw for 217 yards, tossed a touchdown and ran for another in his starting debut for the Toronto Argonauts as they defeated Edmonton 20-17 for their first win of the season. In Winnipeg, Andrew Harris had 109 yards rushing as the Bombers throttled BC 41-17.

--England has made it to the semi-finals of the World Cup. They are in the final four for the first time since 1990 with a 2-0 win over Sweden.  They will play Croatia in a semi-final. Croatia beat Russia in penalty kicks to advance. The other semi has France vs Belgium

--The Baltimore Orioles will be trading Manny Machado, but they don't know to who.  The Orioles, the worst team in baseball with a record of 24-64, are said to be weighing offers from seven teams including the Dodgers, Cubs, Indians and Diamondbacks.  The 26-year-old 3rd baseman is hitting 310 with 21 homers and 59 RBI's this season.

--Daniel Cormier claimed the UFC's heavyweight championship belt at UFC 226 on Saturday, as he knocked out Stipe Miocic with a short right hand in the opening round. The finish came at the 4:33 mark, after Miocic -- the longest reigning champion in UFC heavyweight history -- crumpled from the shot. Already the UFC's light heavyweight champion, Cormier becomes just the second fighter to ever hold titles in two weight classes simultaneously.  After the fight, Brock Lesnar entered the octagon where they squared off before Lesnar pushed Cormier saying he is coming for him.  After it was over, UFC President Dana White said there will be a fight between the two----he just doesn't know when.  Lesnar is still working in WWE and is the Universal Champion.

Franklin gets it done while Bridge can't. Trestman knows how to coach, Jones doesn't.

Hey I'm as glad as every Rider fan that the Eskies lost, but come on! The Argos fluked that out, and they will get crushed in the rubber match in Edmonton next game.

Everybody knows Trestman is a better coach than Chris Jones.