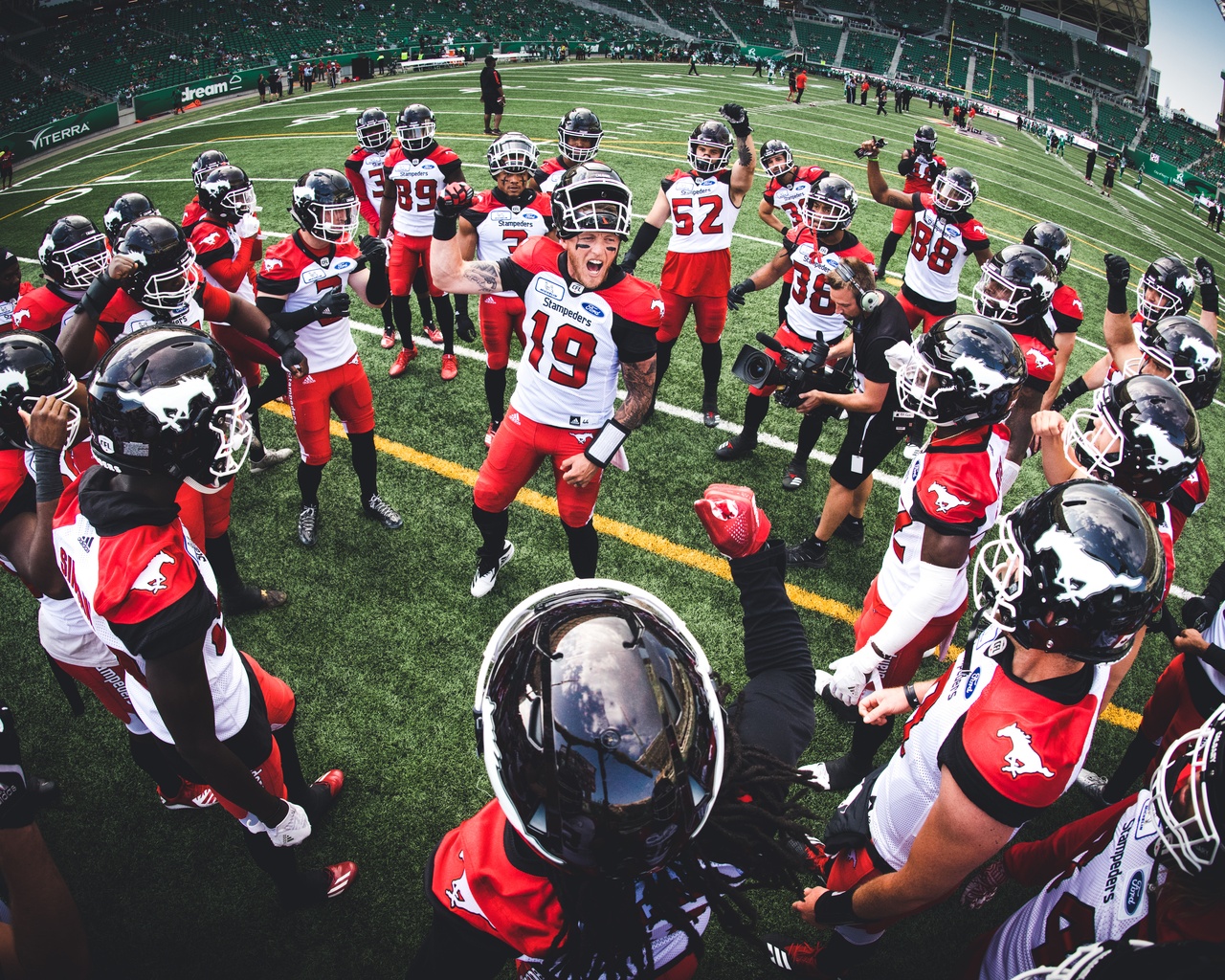 --The Calgary Stampeders jumped out to a 24-0 lead after one quarter and beat the Riders 34-22. Bo Levi Mitchell threw three TD passes for the winners who are now 6-0. The Riders are 3-3.

--Lewis Ward gave the Hamilton Tiger-Cats the boot. Ward kicked seven field goals to lead the visiting Ottawa Redblacks past Hamilton 21-15. The Kingston, Ontario native has been near perfect this season. He's made 19 of 20 field goals he has attempted. Ottawa sits alone atop the East at 4-and-2

--The Regina Thunder have started training camp. They begin play in the PFC on August 18 against Saskatoon.

--Dustin Poirier moved up in the queue to fight for the U-F-C's lightweight title after beating former champ Eddie Alvarez in Calgary. Poirier was ranked Number 4 in the world behind Alvarez at Number 3 heading into U-F-C Fight Night, but Poirier earned a technical knockout victory at 4:05 of the second round after bloodying Alvarez's face with a flurry of punches

-- Quinn Hughes won't play this season with the Vancouver Canucks.  Despite the Canucks openly courting Hughes and expressing desire to sign him, he has instead opted for the University of Michigan. His announcement comes just days after the Canucks spun into turmoil when former team president Trevor Linden split from the franchise. He was the 7th overall pick in this year's draft

--Dustin Johnson, Kevin Tway, Byeong Hun An and Whee Kim shared the lead at 17 under after the third round of the RBC Canadian Open on Saturday.

Johnson set the pace, firing a 7-under 65 on the strength of seven birdies and an eagle. Five of those birdies came in the opening six holes.
at 7/29/2018

No imagination whatsoever. No attempts to stretch Calgary's defence out. When you get in a hole early, you need to try and create some big plays. Not McAdoo though. They have no trust in Bridge. When is Collaros coming back?

Calgary came in and slapped the Riders in the mouth like the bullies that they are. They took the Riders lunch money and did what we thought they would do. Edmonton is the only team that is at Calgary's level.

Do ya think it will be any different on Thursday?


How much of that offensive gameplan was a sign from the coaching staff they don't trust Bridge?


Jones wants to emulate Calgary and their offensive scheme. I understand that. The biggest problem is Calgary has a QB that can throw an accurate football and we don't. To succeed, you need a strong starting QB. Ours, if you want to call him that, is on the six game injured list.


INT by Butler taken away by a phantom illegal contact penalty. #gamechanger

Right now, Winnipeg looks like top dog in the CFL. Riders, without an elite QB, are destined for mediocrity. But injuries could change everything, and if Collaros can get back on the field and perform as he did once upon a time then ...

1) The Aldo fight was unreal
2) Watched the Rider game from Calgary on PVR when getting home from Saddledome, YUKKKKKK!!
3) Who is Brock Jensen?


When Collaros gets back, I see if I can trade Bridge (Hamilton??) and get someone else in here .

Why did they get rid of Marquis Williams?

Ti-Cats, Argos, Als, Lions, and Riders are all in sad shape this season. Lions could be the one of the bunch to improve this year because of Lulay's return. Ti-Cats might be a notch above mediocre at some point. The teams to watch: Stamps, Esks, Bombers and Redblacks.

NDS college qb legend. He would flourish if given legit opportunity with the right team.

Please get qb Easton Stick from the NDSU Bisons somehow.

In other Riderville news, efforts are under way to recover a baler that rolled over on a highway near Rocanville Saskatchewan.