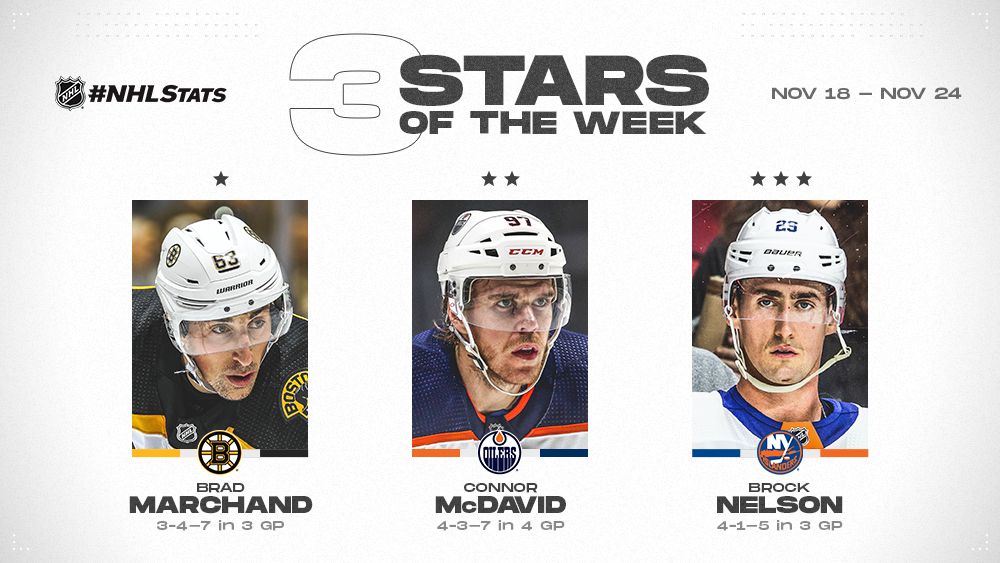 THIRD STAR – BROCK NELSON, C, NEW YORK ISLANDERS
Nelson shared the League lead with four goals in three games (4-1—5), including two in overtime, to help the Islanders (16-3-2, 34 points) extend their point streak to a franchise-record 17 contests dating to Oct. 12 (15-0-2). He registered 2-1—3, including his fifth career overtime goal, in a 5-4 comeback victory against the Pittsburgh Penguins Nov. 19. Nelson again scored twice, including the overtime goal, in a 4-3 win over the Penguins Nov. 21 – making him the first player in franchise history to notch an overtime tally in consecutive games. The 28-year-old Warroad, Minn., native – who was held off the scoresheet in a 2-1 overtime loss to the San Jose Sharks Nov. 23 – ranks second on the Islanders with 8-11—19 through 21 total appearances this season.