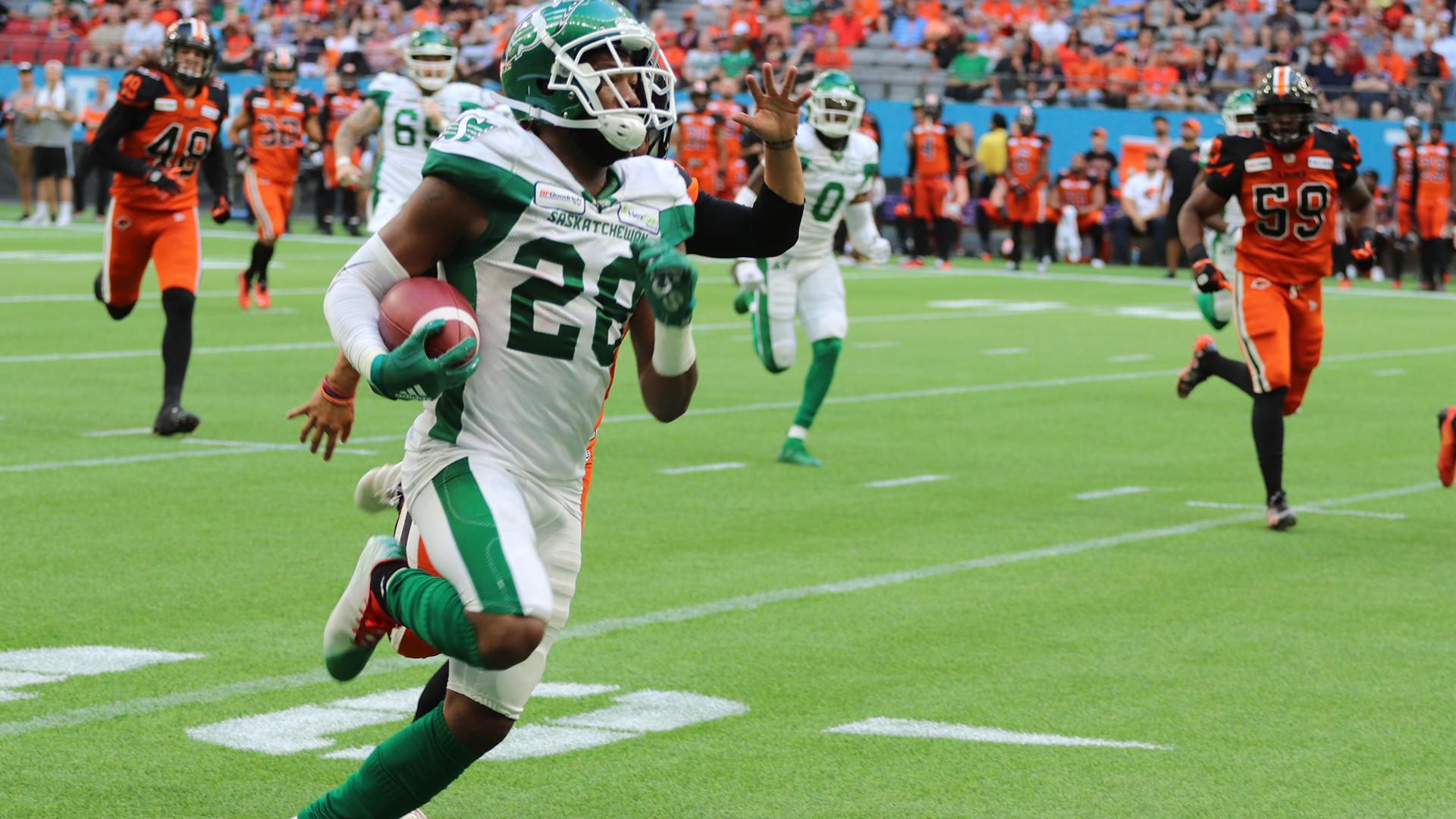 The Saskatchewan Roughriders have signed international defensive back Loucheiz Purifoy to a two-year contract extension, keeping him with the club through 2021.

Purifoy (5’11 – 190) is coming off an impressive 2019 season where he was an integral member of the Roughriders’ defence and special teams.

On defence, Purifoy registered 40 defensive tackles, three interceptions, one forced fumble and one fumble recovery. Purifoy led the league in kickoff return yards, earning 1201 yards and a touchdown on 49 returns. He also added six special teams tackles. The 26-year-old started in 18 regular-season games and the Western Final for the Green and White.

Purifoy initially joined the Roughriders in August of 2018 and played 10 regular-season games and the Western Semi-Final.

Purifoy was eligible to become a free agent on February 11, 2020.

One done, many more to go!