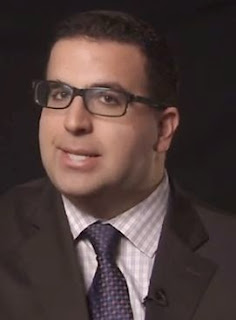 The Toronto Argonauts may have new ownership in place by the end of the month, paving the way for the beleaguered CFL franchise to finally move into BMO Field in the 2016 season.
David Braley, who owns both the Argonauts and B.C. Lions, told Hamilton’s CHML radio today that he “hopes to be able to finalize the sale” of the Argos, perhaps as soon as “next week.”
It is believed that a new ownership group, led by Maple Leafs Sports & Entertainment head Larry Tanenbaum, will be purchasing the Argos.
Braley made the statement Friday morning at a ribbon cutting ceremony to unveil the opening of the David Braley Health Sciences Centre in his hometown of Hamilton.
The sale of the Argonauts is long overdue for a team that has been running on a skeleton budget under Braley’s ownership of the Toronto franchise.
Following the completion of the sale, a deal to move the Argonauts into BMO Field will follow in due course.
The Argonauts have played before sparse crowds at the Rogers Centre for the last number of years, and will continue to play in the downtown building for much of the 2015 season. The team’s pre-season home game, however, is at Varsity Stadium and the “home opener” will be staged in Fort McMurray, Alta.
The timing of the ownership change is critical, with BMO Field under renovation as part of a two-phase construction project. It is imperative for a green light to be given soon, since a modification to the stadium is needed to configure the playing surface for the dimensions required for a Canadian football field. The second phase will extend the field, effectively wiping out the north stands, and add a roof over some of the seating at the stadium.
It was former CFL commissioner Mark Cohon who had been pushing for the Argonauts move to BMO during the final two years of his time in office. Talks began to heat up in February when Braley and Tanenbaum began serious conversations.
While many fans of the Argonauts, and football, will rejoice with the news, the relocation of the CFL to Canada’s national soccer stadium has come with much controversy from ardent Toronto FC supporters. Their concern stems from the damage the football games will make to the natural grass pitch, which Wednesday was at a world-class level for the Canadian championship semifinal between Toronto and Montreal.
A banner reading “NoArgos@BMO” was extended behind the net along the south stands and the supporters’ section.
MLSE has investigated a hybrid grass/turf surface to survive the wear and tear of multiple occupants (Pan Am Games rugby, for instance, will be staged at BMO this summer) using the field.
Tim Leiweke, the outgoing chief executive of MLSE, told the TFC television broadcast Sunday that the soccer club has top priority on dates at the stadium.

If people think this will help the Argos, it won't.

They are just a sinking ship (no pun intended)