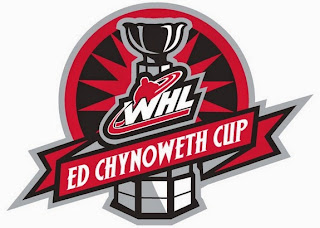 Games during the WHL Championship Series will be available on WHL on SHAW across Shaw TV’s Western Canadian network and on Shaw HD channel 304. Fans can also subscribe to WHL Live to view the game live on demand at www.whllive.com. Shaw will also air the 2015 WHL Awards beginning at 4:30pm PT prior to Games 1 and 2 on Shaw TV and Shaw HD channel 304.

The Wheat Kings’ journey this season continues as they eliminated the Calgary Hitmen in five games in the WHL Eastern Conference Championship Series in which they outscored the Hitmen 29-13.

Offensively, John Quenneville and Jayce Hawryluk are two of nine Wheat Kings that have collected at least 10 points thus far in the 2015 WHL Playoffs. Wheat Kings’ forward, and regular season top scorer, Tim McGauley has been consistent as he has collected 17 points (6g-11a) so far in the post-season of which eight (1g-7a) came against the Hitmen.

Defensively, draft eligibles Ivan Provorov and Ryan Pilon are key members of a blue line that has only given up 34 goals in 15 post-season games as Brandon enters the WHL Championship Series.

The power play has clicked for the Wheat Kings as their 19 goals on the man advantage lead all Clubs in the WHL Playoffs. The Wheat Kings’ power play has converted on 32.2% of its opportunities while the penalty kill has been effective 83.3% of the time.Brandon is also dangerous when good early, as they are undefeated when leading after one period.

Goaltender Jordan Papirny has been steady in net for the Wheat Kings and enters the WHL Championship series with a 12-2-1 record to go along with a 2.17 goals against average and a .932 save percentage. Kelowna Rockets

Edmonton Oilers prospect Leon Draisaitl leads the Club in post-season scoring with 21 points (6g-15a), currently good for fourth in the WHL Playoffs. Rockets forward Tyson Baillie has been a big moment player for Kelowna as he leads all players with five game-winning goals, including two in overtime. The Rockets also own a balanced attack as they have 10 players with at least three goals so far.

Defensively, team captain Madison Bowey leads a back end that has been reliable throughout the post-season and has only allowed 39 goals in 15 games. Trade acquisition and Winnipeg Jets prospect Josh Morrissey adds another potent dimension to the blue line.

Even against the offensively gifted Winterhawks, the Rockets’ penalty kill has been a key to success with an 87.1% efficiency, second amongst playoff Clubs.

Look for the Rockets to count on Jackson Whistle in goal, while rookie Michael Herringer has also proved up to the task when called upon. Whistle has posted a 2.60 goals against average, a .914 save percentage and a league-leading three shutouts to earn nine of Kelowna’s wins. Meanwhile, Herringer boasts a 1.96 goals against average and a .934 save percentage with three victories.
Current NHL Prospects

As a Pats fan, I hope Kelowna hands Brandon their lunch and wins this in 4 straight!

SWEEEEEEEEEEP Kelowna over those over hyped dolts from Brandon