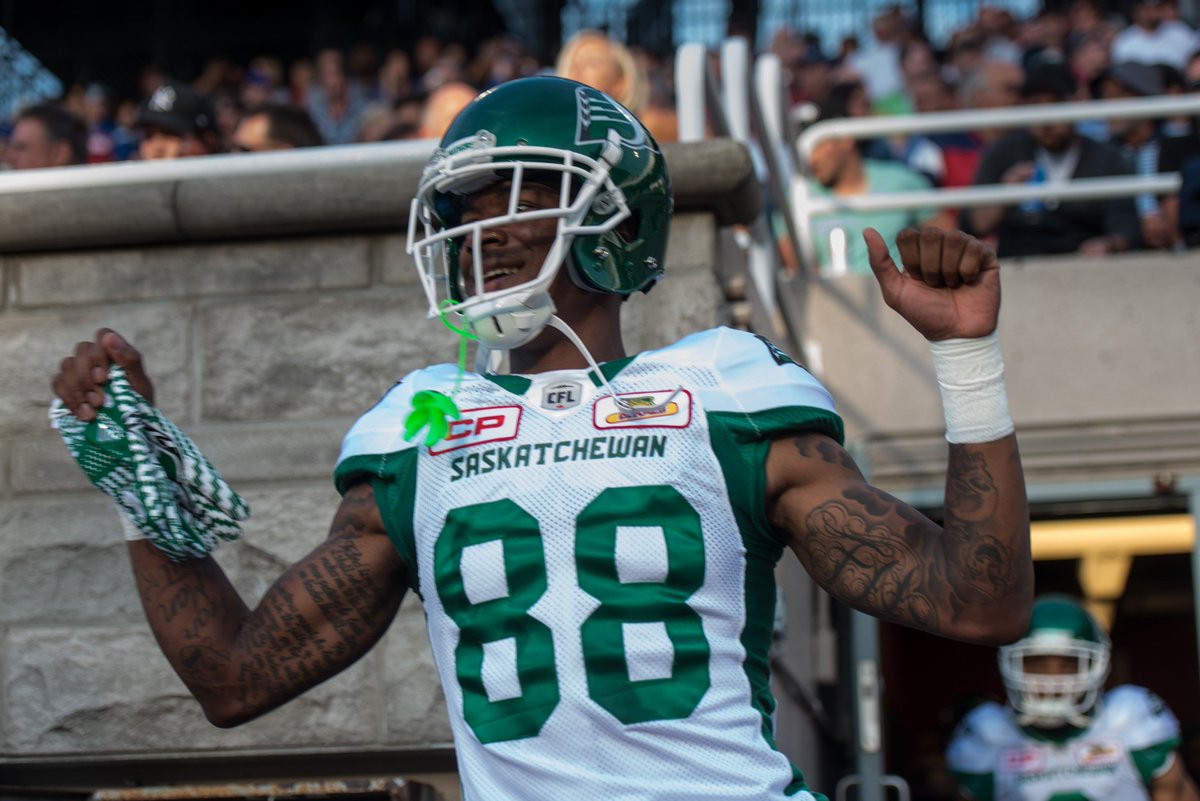 Chris Jones doesn't want to hear anything about it, but I think it is safe to say that we have ourselves a good old-fashioned quarterback controversy in Riderville coming down the stretch.  The Riders head coach was quick to say after the last-second win in Toronto that Kevin Glenn is still the starter, but as has been the case in this neck of the woods for many years, the backup quarterback may be the most popular man in the province again.

Brandon Bridge basically pulled one out of the fire Saturday in Toronto.  Kevin Glenn was shaky, so Jones did not hesitate to put Bridge in and he came through throwing for almost 300 yards and two touchdowns against a good Toronto defence to put the Riders record to 8-6 with three of the last four at home.  It would appear as if those who thought a 10 win season could happen this year will be right and then some. I had them at 9-9 and that should certainly be eclipsed.

Some think the Riders can run the table and go into the playoffs as the CFL's hottest team. Let's not go that far though.  While fans like to look ahead, the team isn't and they know they have some tough games coming up. Ottawa played the Riders tough at TD Place, and we saw them hang on to get a "W" in BC Saturday. Trevor Harris makes them a different team.  They are coming into a place though where opposition teams have quickly found out is a damn tough place to be in.   The bottom line is this team can think playoffs whether it be through the east or west and isn't that a nice spot to be in considering what has happened since Banjo Bowl 2014.   Those who believed in Chris Jones are now getting a chance to say "I told you so". Those who didn't are staying silent-----for now!

Thoughts on what happened at BMO Field


--When do the Zach Collaros to Winnipeg rumours start?  Is Matt Nichols hurt, and if so how long is he out for.  If the injury suffered against Hamilton is a big one, can the Bombers afford to go with inexperience down the stretch.


--Thank god Sunday Ticket is back. SaskTel Max subscribers were able to scoop it up in time for Sunday's games. I am guessing it won't be much longer until Access subscribers have it back as well. Can Access get MLB Network too? (please??!) What a colossal disaster DAZN has been. 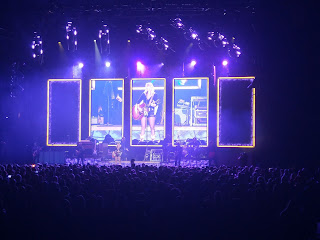 --If you were in the Brandt Centre Friday night, you could tell early on Miranda Lambert was not on top of her game.  The energy of one of her shows just wasn't there. She admitted so as the night went on saying the events in Las Vegas and the death of Tom Petty hit her hard. That shouldn't come as a surprise seeing the country music fraternity is a tight one.  Her show in Winnipeg the next night was cancelled because of "illness". I give her a lot of credit for coming out and not disappointing her fans. There were a lot here as there were earlier in the week in Edmonton and Saskatoon.

--UFC boss Dana White is coming off as quite the d-bag.  After a nice little spiel to start off the pay-per-view on Saturday night, White went off after saying he had offered Jason Aldean a chance to sing the national anthem but he declined. Aldean decided to sing some Tom Petty and deliver a message on "Saturday Night Live" instead. Yes, Aldean singing "The Star Spangled Banner" in Vegas would have been symbolic, but it would have been through a Dana White promotion.  Aldean likely had more of an American audience watching Saturday Night Live.  Nice job Dana! Great job Jason!

--Alexandre Ovechkin has back-to-back hat-tricks at the "start" of the NHL season.  Yes, we are a long ways away from the playoffs. Do it then Alex, do it then!

--So if Connor McDavid signed for 12 million dollars a year and the guy that went behind him Jack Eichel went for 10 million. What does Auston Matthews get?

--Playoff baseball. There is nothing like it!  Game 3 of the Indians-Yankees season along with Game 2 of the Cubs-Nationals series were unbelievable. It's only getting started.

--Who would you rather have? Deshaun Watson or Dak Prescott? Of course, you would take Aaron Rodgers over both. I am guessing he once again spoiled the afternoon for many Cowboys fans. You knew that leaving him a minute and change was not going to work for the Cowboys the moment Prescott scored.

--Will Cleveland ever play with a lead? Will the Giants win a game? 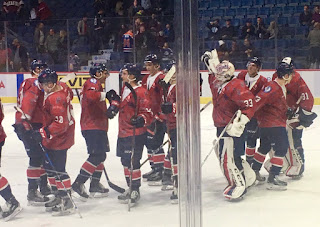 --The Don Cherry jerseys the Pats wore Saturday were just plain ugly. Then again, they were Don Cherry jerseys, so they were awesome.  I can only imagine the look of the team when they saw those for the first time.  I also now know what Phil Andrews will be wearing in the booth when on the road.

--If a wrestling fan, ask yourself why Shane McMahon does what he does.  The man just isn't all there. It's as entertaining as hell though.  Yes it is!  Fake or not, you just shouldn't be doing what he does.

--If like me, take time out today to go for a walk or do something to burn off the excess turkey. Happy Thanksgiving!

Carter, Roosevelt and Grant are a TRIO not a 'Tamdem.'

I guess you only report about the Thunder when they win eh?


There should be no QB controversy. Bridge has shown he deserves a start. Give it to him Coach!


Where are all the Jones haters now? Where?

Th quartet of Roosevelt, Grant, Carter and Holley are a bid part of the reason that the running game is a small part of the Rider offense.

How did the Cougar men's hockey team do this weekend?

We're here. Just biding our time. Don't worry, Jones will do something stupid and you'll hear about it.


Why not give Bridge a start? KG doesn't look 100 percent. It worked when he was hurt so try it again.

I really like our pair of kickers- Crapigna, Bartel and Van Glyswyk.

Brandon Bridge is in the same category as Jerome Messam was before he was traded.
Pending Free-Agent.

The difference being Brandon Bridge hasn't stated he won't resign with the Riders!

The difference being Messam was on a team that wasn't going to the playoffs.

Coach Jones might not like it but I think GM Jones should be talking to Bridge's agent.

Agreed, Mr. Jones will do something stupid and you'll hear about it - Win a Grey Cup "again"- this time it will be for the Saskatchewan Roughriders. He's great!

Biding our time with no worry.