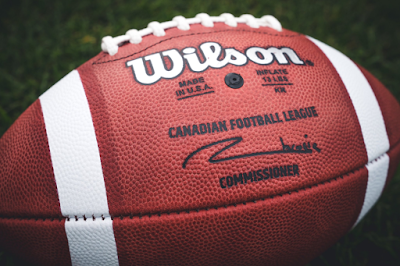 The Canadian Football League (CFL) is rolling out a new and improved ball for the upcoming 2018 season.

“We are currently delivering to our teams a ball that is slightly different from the one we’ve used in the past,” said Ryan Janzen, Senior Director of Football Operations for the CFL.

“The new ball is virtually identical, to the eye, to the old one. It has the same laces and markings including our stripes. But it is made of a slightly harder leather. Our partners at Wilson say that allows it to hold its pebbles better.”

The new ball may also be just a tiny fraction larger. It is the same length as the old one. But Wilson provides a range for what constitutes an acceptable circumference upon inflation and that could be up to an eighth of an inch larger for the new ball.

During 2017, CFL clubs were given the opportunity to test, at mini-camps and in training camp, the Wilson ball used in the NFL. Feedback from quarterbacks indicated they preferred the laces used on CFL balls but the leather of the NFL balls.

CFL General Managers subsequently proposed that the league adopt a new ball that has the laces, stripes and other markings of the old CFL ball but the leather and size of the NFL ball. The Board of Governors recently discussed the change at its winter meetings and the new balls were ordered.

“A new, improved and unique CFL ball has been created. And it is being delivered to our clubs now,” Janzen said.
at 3/19/2018

I tried this so called new ball, its bulging fat in the middle circumfrence. Anyone using it should use the tar-pine.