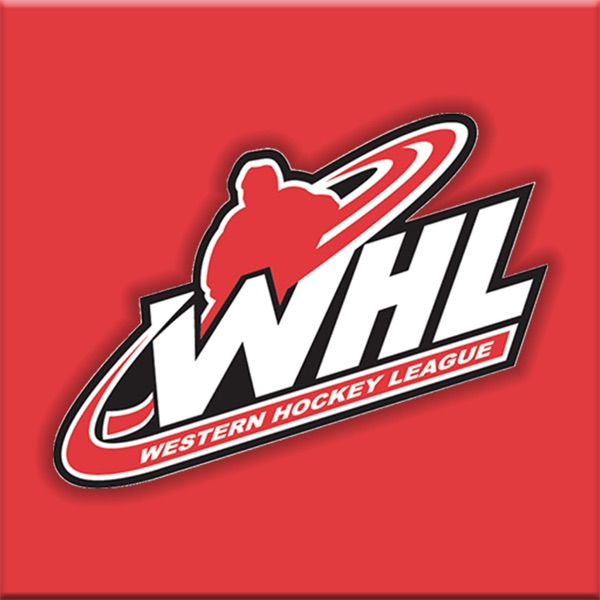 --Its playoff time in the WHL and if Friday night is any indication, hockey fans in Swift Current and Regina can get ready for what should be one heckuva first round battle.  I was not at the Brandt Centre Friday night, but I had a chance to watch the game on Access and it was a battle.  That is perhaps an understatement.  I would think what you saw on Friday at the Brandt Centre is what you will see in this series with a lot more on the line.

For what its worth, the first round should be great across the league.  You have:

Everett vs Seattle
Portland vs Spokane
Victoria vs Vancouver
Kelowna vs Tri-Cities.

The higher-ups have made Brockman fall on the sword because they gutted the team at the trade deadline to get better ---or at least try to.  GM Colin Priestner says they thought they had a playoff team and fell short of expectations. I guess that is what happens when you get rid of your best players at the deadline. Who would have pulled the trigger on those deals by the way? Would it be the same guy who told Blades players---even those who were graduating not to say anything about what happened? Saskatoon hockey fans should be disgusted with this move. Oh, and if you took into account you were playing in perhaps the most competitive division in all of the Canadian Hockey League and still finished better than last year and would have been 2nd in the Central, it makes this move that much more ridiculous.

Congratulations should really be in order for Brockman who will find work again in this league if he wants it.  He is just too good. When he can actually work for someone who has some intelligence when it comes to the game he will succeed.  Smart hockey people know what the problem is in Saskatoon and it wasn't Dean Brockman.

--Did anyone think Max Paddock would emerge the way he has?  Paddock was rock-solid for the Pats down the stretch and are starting to get more and more scouts to pay attention. He ended up statistically being one of the top goalies in the WHL this season and who saw that back in September when everything opened up.  Let's see what the kid can do in the playoffs.  There is no indication to think he won't carry on the way he has.  I am guessing he gets the start for Game 1 against the Broncos. How can't he even though Ryan Kubic is healthy.

--Sam Steel ends his Regina Pats regular season career with 338 career points. That is good for 10th overall in team history. It's too early to say where Steel ranks in team history, but he has to be in the top 10 doesn't he? Yes, we have seen the likes of Sobchuk, Wickenheiser, Gillies, Eberle and Derkatch roll through here, but we have to put number 23 on that top 10 list don't we? It would be cemented if his days as a Pat ended up with him holding the Memorial Cup high as he skated it around Brandt Centre ice, but is that needed to secure a top 10 spot.  Discuss!

--There was an MLS game on CTV Saturday afternoon.  If MLS can get games on CTV, why can't the CFL?  With all apologies to Toronto FC and Whitecaps fans, I'd rather watch a Argos-Lions game on CTV or any CFL game on CTV!!

--The Canadian Football Hall of Fame announces its 2018 class later this week. I am guessing Arland Bruce III will not be getting a call.

--The opening weekend of March Madness continues to be four of the best days in sports for this blogger. University of Maryland Baltimore County becomes the first ever 16 seed to beat a 1 seed as they did to Virginia Friday night. Who's kidding who, they blasted them out of the water.  Then you see Michigan win at the buzzer over Houston, you see Texas Tech just squeak by Florida, you see Loyola-Chicago get their 2nd upset with another last second win over Tennessee. You see Florida State upset Xavier. Brackets are busted all over the place. Who's the favourite now??  LOVE IT!

--Do you win with offence in the NHL or defence? The Tampa Bay Lightning have scored the most goals on average this season at 3.59.  The Nashville Predators have allowed a league low 2.38 goals a game. Those are the only two teams sitting at 100 points. Hmmmmmm!!!

--Good luck to Lafleche in their bid to become Kraft Hockeyville. No Saskatchewan town has won the honour before which really is somewhat surprising.  Let's get the whole province behind this and make Lafleche Hockeyville!

--I can't even start to guess what must have been going through the mind of young Braden Halladay Saturday afternoon as he stood on the mound as a member of Canada's National Junior team to face the Blue Jay. Braden is the son of the great Roy Halladay who was tragically taken from us late last year. If you saw the game, you saw a young Roy on the mound.  All he did was do what his dad had done many times in his career, that is put down the other team 1-2-3. One can only wonder what dad would have been thinking had he been there

By the way, if you missed Arash Madani's feature on Braden, it was outstanding and can be seen right here.

--The Raptors need to stop whining. I am sure they had calls go against them when they were on a 12 game win streak. They had calls go against them Sunday and they imploded.  If they want to be considered as a championship calibre team, they need to grow up and stop complaining.  They also need to recognize that some days they just aren't the best team as was the case Sunday when they lost to Oklahoma City.

--Rory McIlroy says he is tired of fan behaviour on the course and wonders if alcohol sales should be limited.  McIlroy became agitated with a fan who kept yelling his wife's name during the 3rd round of the Arnold Palmer Invitational.  We have seen golfers get mad before because of fan behaviour and earlier this year Justin Thomas had someone removed who was a little too exuberant.  At a football game, you cut alcohol sales off at the 3rd quarter, at a hockey game its after the 2nd period and I think at a baseball game its after the 7th. What are you supposed to do with golf? Everyone is moving around so you can't say after the 12th hole sales are cut off.  Fans that pay their money ( even the stupid ones) can act in an idiotic manner if they so choose.  Fans around them can police that behaviour somewhat if they want to.  I think McIlroy's pleas will go on deaf ears unless golf wants to charge an exorbitant amount of money for beer and whatever. By the way, Rory won so it couldn't been that much of a bother to him.

Maybe that's why Saskatoon fans stay away from Blades games, but get 15,000 for lacrosse at the same arena. They're sick of ownership.


TSN is the official partner of the CFL, but sometimes Bell Media gives them no help at all. Putting CFL games on CTV would be great!


Blades likely do make the playoffs if Priestner wasn't such a jackass. I'm sure he will find a yes man to take the job.


The best thing for Saskatoon hockey would be for Urban to buy the Blades.

It has been a complete disaster since Brodsky sold the team. Everyone knew what was going to happen and it is.

Blades went up in points both years Deano was coach and this is the thanks he gets.

If WHL had top 8 teams in conference making playoffs, the Blades would have been in this year.

Couldn't agree more with you on the Raptors take. Win with pride and lose with humility. That is the second time this year they have gone off on the refs after a game. The first one was a loss too. Surprise surprise.

I've watched about 30-40 Raptor games this year and they are good, but they are wayyy too cocky for their own good. They are the Stampeders of the NBA!


The loser point is what killed Saskatoon this year. They had more wins than Prince Albert.

Make no mistake, Priestner knew exactly what he was doing. The guy is the worst thing to ever happen for Saskatoon hockey.

I would like to think good times are ahead for Saskatoon hockey with guys like Maier, Dach, Gerlach and Florchuk leading the way, but I think we all know Priestner will screw it up somehow.

It was a disaster when Brodsky owned the team, it's worse now. I honestly didn't think you could get worse ownership/gm since Brent Parker. Also why is Rod Pedersen's blog no longer taking comments?

It's fair to say Pedersen's blog is doa and Scruffy's blog is the place to go and be. thanks.


The Saskatoon hockey community will learn what the Regina one painfully did years ago when Daddy gave control of the team to his son. Perhaps they already are.

Dean is a good coach who deserved a lot better. Leaving is probably going to be the best thing for him. He should be a hot commodity. I would say Moose Jaw if Hunter leaves as is the rumour around the rink.


Paddock will be brought down to earth shortly. SC in 5


You guys do realize that if you are so desperate to comment on what Rod says that you can do so off his Facebook page right?


So true Trevor, so true!

Golfers are such snowflakes. Same can be said of tennis players. Everybody be vewy vewy quiet. Cmon, if that's the case let's do the same for pitchers, basketball players on the free throw line and quarterbacks when they're calling signals.