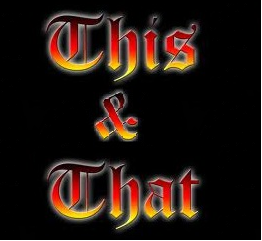 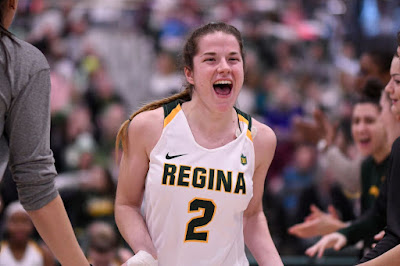 --As the U of S Huskies put the finishing touches on Acadia to move into a national semi-final at the USports Canada women's basketball championship, I asked Huskies head coach Lisa Thomaidis if she realized what this win would do for the tournament and how many people might jam into the CKHS (aka: The White House) on Saturday night. She just smiled and gave a little wink. How much fun will it be Saturday night when the Cougars and the Huskies meet for the second time in eight days with a lot on the line.  The U of R beat the U of S to win the Canada West title one week ago and tomorrow they meet with the winner going to the national final.  If last weekend was insane, what will this weekend be with a spot to the championship going to the winner.  I can't wait and if Thursday was any indication, either can the Regina basketball community that I'm sure will be joined by many who will make the trip from Saskatoon.  I don't know what the capacity of the White House is, but if they can sell a ticket they will to what will be a tremendous showdown

--There is no doubt as to what city is Canada's sports capital this weekend.  I don't know how many times over the years you have seen two big sporting events on the nation's two sports channels both originating from the same city.  You could say it happened earlier this year in Regina when Mosaic Stadium was hosting a Riders game while across the street at the Brandt Centre, Skate Canada was happening with both being on TSN at the same time  Those involved with the Brier have made it a first-class event as you would expect them to.  I haven't heard one complaint all week.

If there has been a complaint, it is the 16-team format which is being tested at this level for the first time.  Brad Gushue certainly didn't hold back when he gave his thoughts on it and I don't disagree with him. Gushue said the more he plays in it, the more he hates it with his reasons being many. The defending champ, who is a solid bet to repeat, says it is a format that doesn't work and Mike McEwen agreed with him by saying rinks are relegated before the week is over which is right.  I understand what Curling Canada wanted to do by including everyone, but there is a better way. That is the way they had it. They changed things just to make change.  There was no need to do that.  Too many cooks spoil the recipe and that is what's happened here. Go back to the drawing board.

--Line of the week at the Tim Hortons Brier .  Nunavut sucks, but when you wear the colours of the Calgary Flames, I guess you should expect that. BOOOOOM!  And yes this Oilers fan who fully realizes his team sucks this year still takes great pleasure in hearing that statement.


--Congratulations to whoever is building the outhouses at Waskesiu or Kenosee Lake.  That's what this is right? 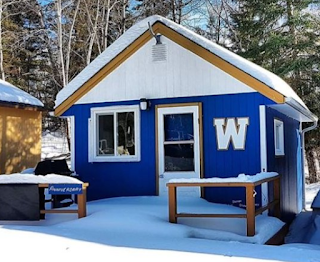 The question now is where is the Stampeders one? Perhaps that's the ladies outhouse and doesn't have a window in it.

--The Brock Boeser injury basically hands the Calder Trophy to Matt Barzal right?  That's a tough break for the Vancouver forward as it was between those two for the award with both having a legitimate argument as to why they should win.   By the way, the new Seattle team whenever it gets awarded should do what they can to try and pry Barzal away from the Islanders. Imagine the marketing you could do with the former Thunderbird.  Of course the only problem is prying him away from the Islanders and that would cost a lot----even for Garth Snow.

--You knew the Edmonton Oilers would do the classy thing and salute Jordan Eberle on his return to Edmonton. Eberle got a standing ovation from the Oilers fan base. A fan base that turned on him in the playoffs. A fan base that I think forced the hand of Peter Chiarelli to make a deal.  Would Edmonton be better this year with Eberle in the lineup. The answer is probably not, but I'm guessing he would have been a 25 goal man this year which is what he will do this season with the Islanders.

--If and when Regina gets a new rink to replace the Brandt Centre, how big should it be?  That was a question posed on the Sportscage this week.  The NLL won't look at Regina as an expansion city (nor should they with the fanaticism the Rush has brought) because they don't have an arena that is 14000 in size.  Regina doesn't need a rink that is 14000 in size.  Saskatchewan has one football stadium which serves the need and it has one hockey arena that does the same thing. Let's be realistic.  Saskatoon-Regina is not like Edmonton-Calgary.  The population base isn't there.   Having an arena of 10 to 15 thousand would likely hurt Saskatoon much like Saskatoon having a football stadium that seats 30-35 thousand would hurt Regina.   Is the Brandt Centre still a rink where many solid events can be held. Yes, but unless you fill it in at both ends, you are done with expansion.  I think that rink has many good years in it yet.

If the desire is there to have a new arena in town, I wouldn't make it any bigger than 10,000 unless there is a hidden agenda that we don't know about.

I Watched the Oilers/Isles game last night. It was good to see Eberle play like Eberle can. The way he played last spring he couldn't have made a Senior C team, if he wasn't injured, he deserved to be booed. If he was injured he should have at least looked frustrated but he looked like he didn't give a crap, his spirit was broken from playing too long in that ridiculous (pass up the scoring opportunity to get the puck back to the point) system the Oilers insist on.


Curling or basketball on Saturday? Hmmmmmm!!


Love the outhouse pic! I see your boy didn't put this up on his site. Verrrryyyyyy Winnipegish!


At the end of the day, the best four rinks are still competing for the title at the Scotties. Isn't that what you want? I will admit the road to getting those four is a little convoluted and perhaps unnecessary, but what other route do you take?