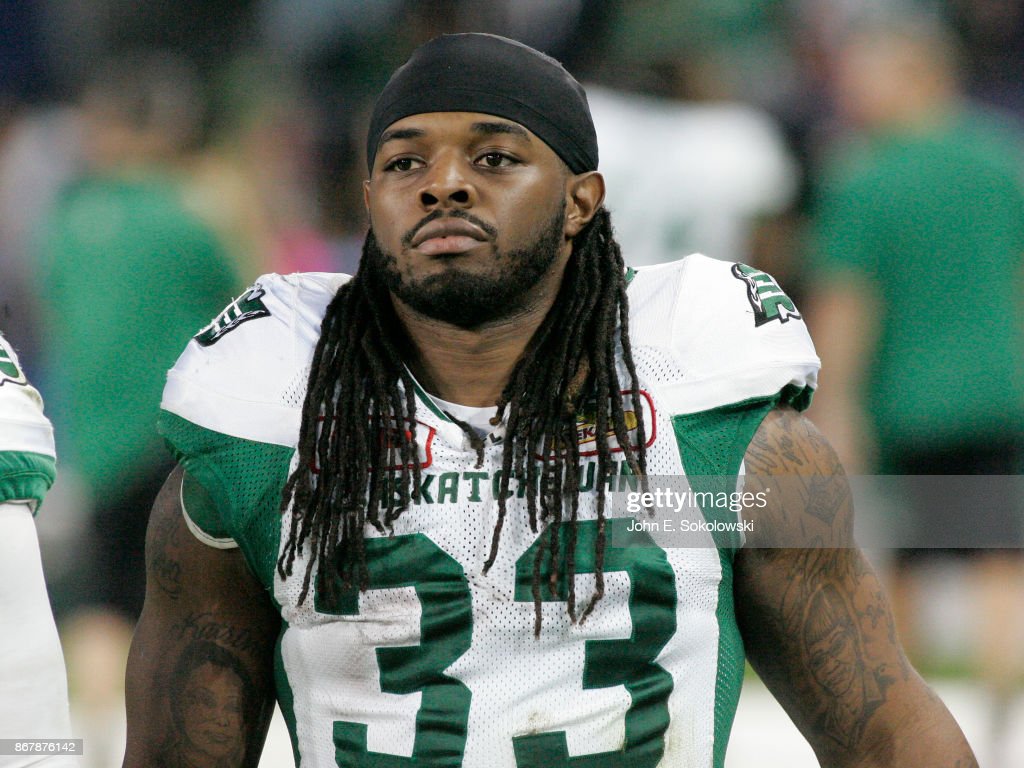 Former Alabama All-American Trent Richardson still has hopes of playing in the NFL again. But he thinks if the Cleveland Browns hadn't traded him, he wouldn't be on the outside looking in now.

Richardson talked about his football future and his time in Cleveland on Tuesday afternoon during an appearance on "Bull and Fox" on WKRK-FM in Cleveland.

"I am doing everything and anything to get back in the NFL," Richardson said. "I just need a tryout. I just need a shot. And I know when I get that shot, the team will not be sorry for giving me that opportunity. It'll be one of the best stories ever, one of the best comebacks ever."
Richardson hasn't played in an NFL regular-season game since Dec. 28, 2014. After his third NFL season, the Indianapolis Colts released him.

Richardson went to training camp with the Oakland Raiders in 2015, but he didn't make the team. Richardson got a chance with the Baltimore Ravens in 2016, but a hamstring problem and arthroscopic knee surgery kept him sidelined, and he was waived before he ever got on the field during training camp.

Last season, Richardson played in four games for the Saskatchewan Roughriders of the Canadian Football League.

After his late arrival in the CFL, Richardson had an early exit, missing the Roughriders' final regular-season game and their two playoff contests because of an ankle injury suffered late in the game against Montreal.

"I think it got better as it went along," Richardson said of his CFL performance. "The first couple of games, I didn't touch the ball that much because I came in and it was already started. Picking up the plays on the go is different."

Richardson said he wouldn't rule out returning to the CFL if he didn't catch on with an NFL team.

"I'm not saying it's off the radar," Richardson said. "I owe the CFL a lot for giving me the opportunity to come out there and showcase my talents, give me another chance. (Saskatchewan) coach Chris Jones has been a big influence and a very positive role in my life. I talk to him almost every other day. We text all the time. I send guys his way that played at Alabama or guys that I know that can still play."

Richardson said the CFL had allowed him to fall in love with football again and to play for himself. He said he was grateful to the Roughriders for "digging out that dog in me again."

"Last time I got to play for myself, I was a little boy," Richardson said.

Richardson said the CFL allowed him to get away from everything except football.

"I know it wasn't going to be easy trying to get back into the league, dealing with the stuff that I have dealt with," Richardson said. "And people just like, 'Can he still play and can he this and that?' Me going to the CFL, the biggest reason was to step into the door like, 'Hey, I can still do this.' I can run routes. I can definitely block. That's never been a problem. I can run the ball. If you get in front of me, I'm still going to run you over. I'm going to get past you some type of way."


If he wants to play football, he will be a Rider. His NFL days are done!


That recruitment program has the Riders right at or near the top of the league. Keep hatin though!

Adam; They were 4th in a five team division.