What Did You Miss On Tuesday?

--The Moose Jaw Warriors clinched first place overall in the WHL standings with a 2-1 shootout victory over Prince Albert.  The loss snapped a nine game win streak the Raiders had. They are at the Brandt Centre tomorrow to play the Pats.  The one point does clinch a playoff spot for the Raiders though

--The Calgary Flames have finally beaten the Edmonton Oilers.  Edmonton had won the last seven meetings between the two, but Johnny Gaudreau's goal was the only one of the game in a 1-0 Flames win to keep them in the Western Conference playoff chase. Meanwhile, the Nashville Predators hit the 100 point mark as they beat Winnipeg 3-1.

--The changes continue in curling.  After becoming the first-ever Wild Card rink at the Tim Hortons Brier and taking his Winnipeg team to the championship round, Mike McEwen and company have decided to part ways after 11 years together. 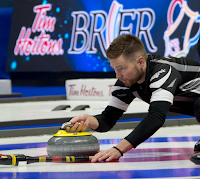 The team will go their separate ways after the Grand Slam of Curling season wraps up.  Meanwhile, the Reid Carruthers rink that represented Manitoba announced Regina's Braeden Moskowy was leaving the team. Moskowy through social media informed people he played this season with a broken ankle.

--NFL free agency officially begins Wednesday and when it does, it is expected Kirk Cousins will be a Minnesota Viking.  Numerous reports have the quarterback signing with the Vikings for 3 years at 28 million a season.  Case Keenum, who took the Vikings to the NFC Championship before they were defeated, is expected to sign in Denver.  Other moves of note saw the Packers release WR Jordy Nelson,  the Titans reportedly signing former Patriots DB Malcolm Butler to a four year deal and another former Vikings QB Teddy Bridgewater inking a deal with the Jets.