What Did You Miss On Wednesday?

--The Canadian Football Hall of Fame inductees for 2018 were announced Wednesday night in Winnipeg.  Heading the list is current University of Saskatchewan Huskies Head Coach and long-time Montreal Alouette Scott Flory.  Others being inducted in the players category are former BC Lion teammates Brent Johnson and Barron Miles and punter Hank Ilesic.

Also going in are the late Tommy Hugo, Frank Cosentino and Paul Brule'

The inductees will also be honoured on September 15th at the Hall of Fame game in Hamilton, which features the Tiger-Cats and the Calgary Stampeders.  The announcement was made as CFL Week started in Winnipeg.  620 CKRM's Sportscage will come live from Winnipeg Thursday and Friday as Rod Pedersen brings Rider Nation the latest from CFL Week with many guests planned. 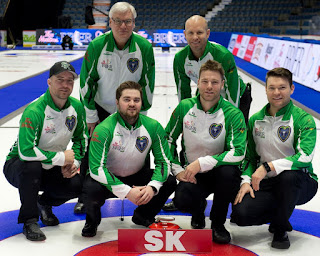 --The curling shakeup continues.  The team that represented Saskatchewan at the Brier is going their separate ways.  Steve Laycock's team announced Wednesday night they are dissolving their foursome consisting of Kirk Muyres, Dallan Muyres and Matt Dunstone.  The team says each of them will be exploring new opportunities in attempts to assemble a team which builds towards the next Olympics in 2022.

--The Cleveland Cavaliers sent the Toronto Raptors a message on Wednesday. The Raptors had a 79-64 lead at halftime, but Lebron James and company stormed back in the 2nd half to win 132-129. James had 35 in the win.

--General managers have recommended that video reviews for goaltender interference via coach challenges should be decided by the NHL situation room rather than by on-ice officials, who have made the final call since the challenges began in 2015. If approved, while on-ice officials will no longer have final say on these calls, the situation room will consult them to better facilitate input on reviews. Among the ex-referees expected to work in the situation room, pending approval of the change, would be NHL director of officiating Stephen Walkom, Paul Devorski, Don Koharski, Bill McCreary, Mick McGeough, Rob Shick and Don VanMassenhoven.

--Saskatchewan Rush owner Bruce Urban wouldn't mind seeing Saskatoon get a new arena.  Urban said Wednesday he is willing to contribute up to 10 percent of the cost for such a building to replace SaskTel Centre. A  report recommends the city consider a downtown replacement for SaskTel Centre. It estimates a combined new arena with a new convention centre would cost between $330 million and $375 million to build with the arena itself being in the $172-$178 million dollar range

If you build it they will come. The proposed idea to a new arena downtown Saskatoon sounds seriuos world class unlike the ring around a hole in the ground called Regina Mosaic.


Keep thinking that idjit. Not hard to tell where you're from. By the way, learn how to spell too!


Saskatoon boy is too stupid to see he is being made fun of. Too funny, but so expected.