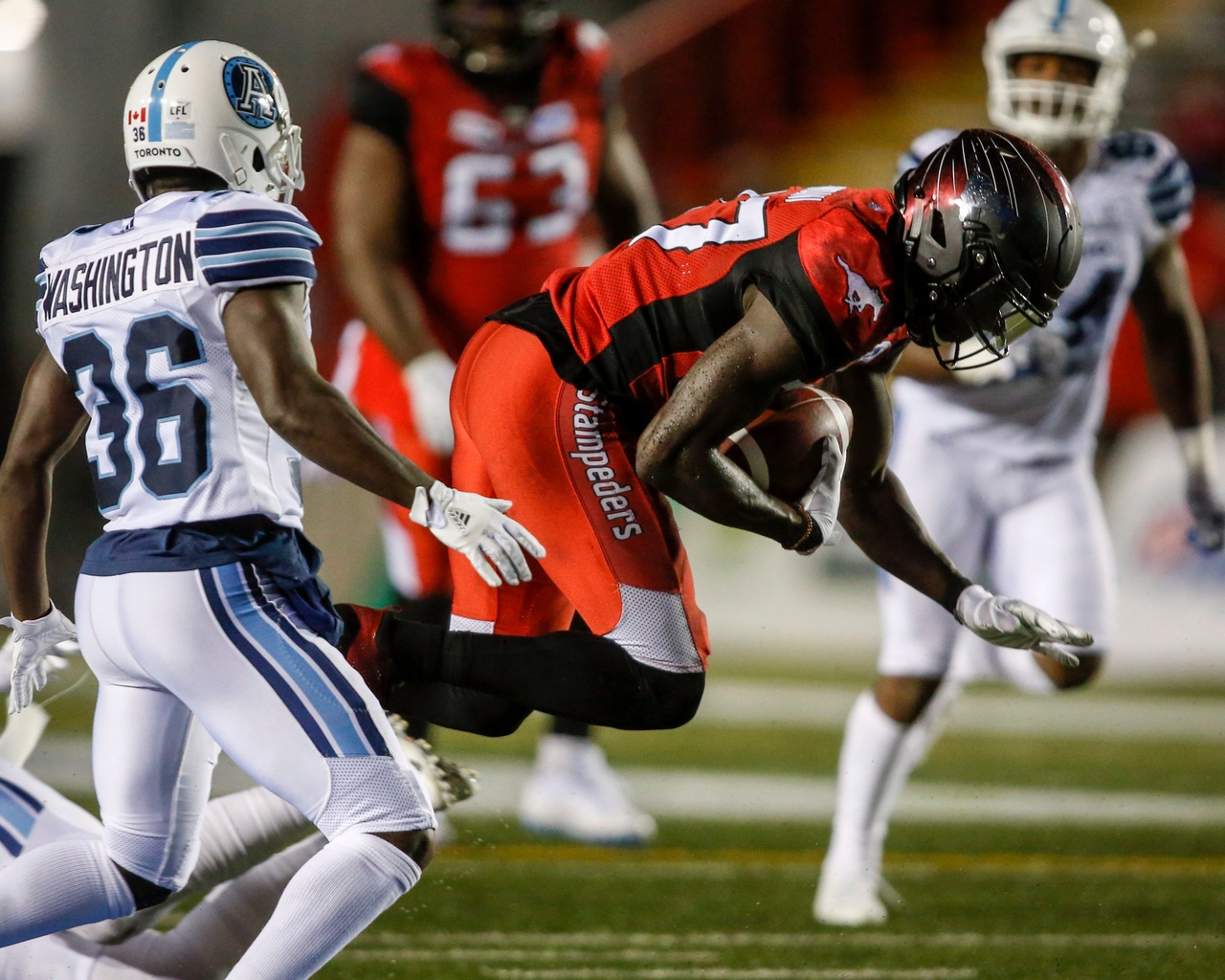 --The Calgary Stampeders have clinched a playoff spot.  They beat Toronto 38-16 to advance to the playoffs for a club record 14th straight year, While the Argos were only down by four points at halftime, the Stamps completely took over in the second half and scored 24 unanswered points to improve their record to 11-2 while handing Toronto their fifth straight loss.

--A major upset in Canada West football. Alberta hung on to beat UBC 26-21.  The Thunderbirds, who were selected to win the conference this season, are 1-4 and in last place.  On Saturday, the Rams are in Manitoba to face the Bisons in a battle of 2-2 teams.  The game can be heard on 620 CKRM starting at 1.

--Dylan Cozens had a hat-trick as the Lethbridge Hurricanes doubled the Regina Pats 8-4 at the Brandt Centre.  The Pats, now 0-3 on the season, will try to get their first win Sunday when the Moose Jaw Warriors visit in a 4 o'clock start.

--The AL wild-card game will be in the Bronx, where the New York Yankees bats have always felt at home. The Yankees cleared the Fenway fences four times on Friday night to tie the major league single-season home run record, clinching home-field advantage for the upcoming one-game playoff against Oakland with a 11-6 victory over the Boston Red Sox.  Colorado also clinched a playoff spot with a win over Washington

--Europe has pulled off a historic performance at the Ryder Cup. The home team completed its first shutout in any session since 1989 and its first sweep ever in foursomes. Just like that, Europe turned a 3-1 deficit after Friday morning fourballs into a 5-3 lead heading to Saturday. How big was this rout?
No match reached the 17th hole.